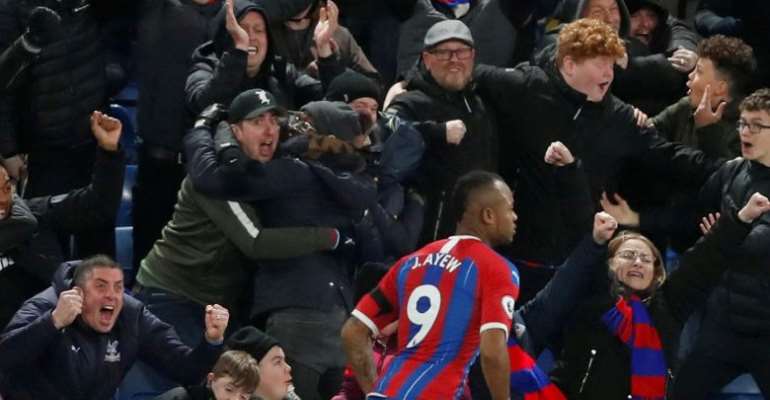 The Eagles came from behind to beat West Ham 2:1 at Selhurst Park on Boxing Day.

The 28-year-old Ghana forward danced through the Hammers defence on the edge of the box and then brilliantly beat goalkeeper Roberto with a calm chip to claim the three points.

Ayew also set-up Cheikhou Kouyate with a knock-down for Palace's equaliser, as the midfielder swept home a volley from seven yards to cancel out Robert Snodgrass' opener.

"It was a fantastic effort," Hodgson said.
"I thought Jordan did ever so well to set up the first goal.

"The second was one of those wonderful individual efforts that will live long in the memory and get lots of airings on TV.

"He deserves that - it's a fine reward for his performance today and this season so far."

The win takes Palace up to eighth in the Premier League table but West Ham fall to 17th, just a point above the relegation zone as pressure increases again on manager Manuel Pellegrini.