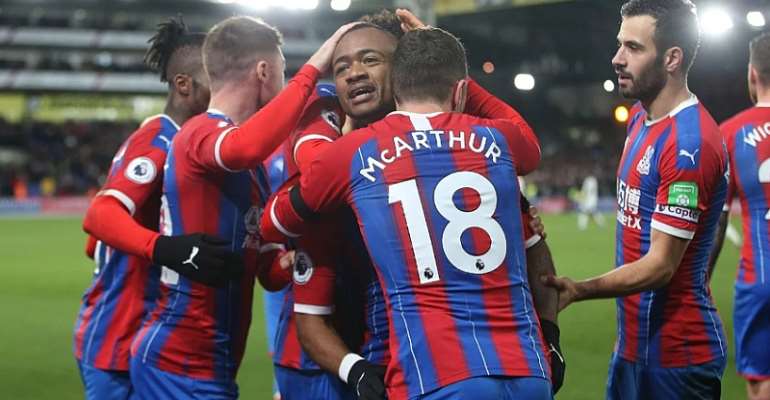 Striker Jordan Ayew has hailed manager, Roy Hodgson for believing in him despite the early struggle.

Jordan made his loan move permanent at the club after joining the Eagles from Swansea City.

The former Aton Villa forward endured a torrid season at Selhurst Park after joining the club on loan.

However, the Ghana ace has been on an impressive form for the London based club.

Jordan extended his goal tally to five after scoring a classy goal against West Ham to propel his side to a 2:1 win on Boxing Day.

Speaking to Amazon after the game, the 28-year-old said, "This football club has a lot of faith in me because with the season I had last season, people didn’t think they would sign me.

"The manager especially told me he wanted to keep me for this season and I told him straight away, yes. I wanted to stay. Since I’ve been in England I’ve been moving around and now I have stability.

"My family is comfortable here in London and everything is perfect," he added.

The win over the Hammers has sent Palace to the 9th position with 26 points and will be hosted by rejuvenated Southampton on Saturday.

#FixTheCountry campaign goes international with over 500,000...
47 minutes ago