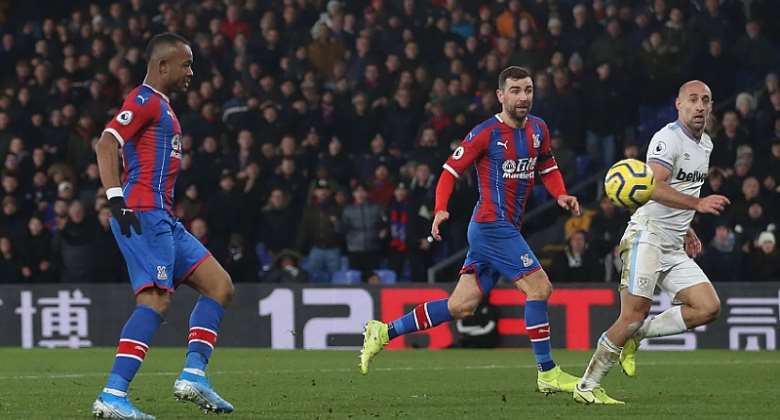 Jordan Ayew's late winning goal against West Ham United stole the show in an impressive Crystal Palace fightback tonight, and post-match the forward explained his thinking as he danced through the Hammers' backline.

Speaking with Amazon, the 28-year-old said: "It’s just instinct, you know? Connor gave me the ball and I thought I needed to do something by myself.

"The problem is that when I raised my head, the ‘keeper is coming very quickly. That was the only option I had because Connor had one where the ‘keeper came really quick. I just thought: ‘let me dink it.’"

Ayew's goal epitomised his newfound confidence and faith this season, with the Ghana international having bagged five times already this campaign compared with twice in all competitions over 18/19.

He contrasted his two seasons and provided a little insight into his life now in south London, saying: "I think this season is different because last season when I came to the football club I didn’t have a pre-season. I was overweight and everything so it was a difficult season for me but this season I had the chance to have a full pre-season and I’m feeling better. I’m feeling relaxed at this football club and I’m enjoying it. Everything is perfect for me to be good on the pitch.

"This football club has a lot of faith in me because with the season I had last season, people didn’t think they would sign me. The manager especially told me he wanted to keep me for this season and I told him straight away, yes. I wanted to stay. Since I’ve been in England I’ve been moving around and now I have stability. My family is comfortable here in London and everything is perfect."