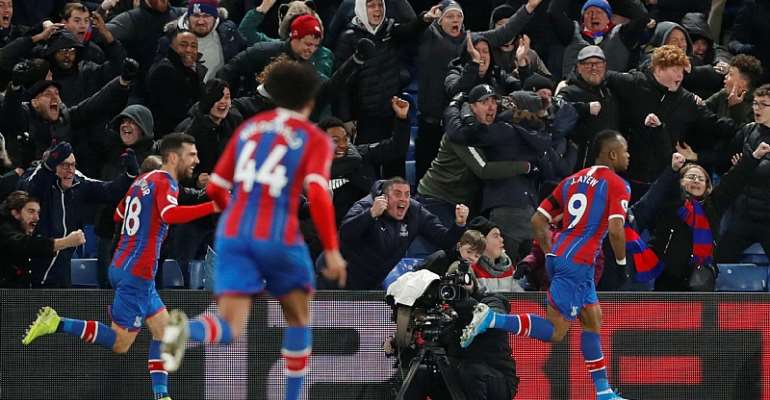 Ghanaian striker Jordan Ayew was in fine form earlier this afternoon as he provided an assist and also scored an amazing goal to inspire Swansea City to a 2-1 win over West Ham United.

In a Matchday 19 game played on Boxing Day in the English Premier League, the two top-flight clubs set up to get the win, by all means, to give their fans something to cheer about in the yuletide season.

Despite creating a number of goal-scoring opportunities in the first half, neither side could get on the scoresheet as the first half ended goalless.

After resuming from the recess, West Ham United took the lead courtesy a strike from Robert Snodgrass who was assisted by Michail Antonio.

Ten minutes later, a resilient performance from Crystal Palace produced results with Senegalese international Cheikhou Kouyaté finding the back of the net. Black Stars forward Jordan Ayew provided the assist for that equalizer.

The striker went on to snatch the win for the Eagles on the 90th minute when he dribbled his way into his opponent’s 18-yard box before smartly chipping the approaching goalkeeper.

Watch Ayew’s stunning goal in the highlighst below.