Andre Ayew’s Goal Not Enough As Swansea Lose To Brentford 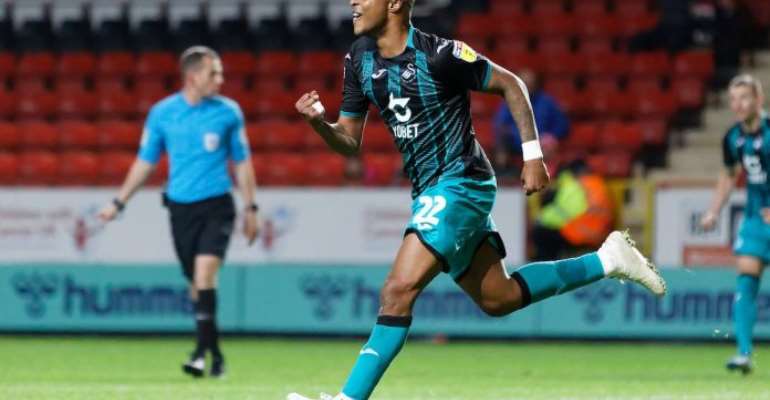 Black Stars captain Andre Dede Ayew was on target earlier this afternoon when his Swansea City side suffered a 3-1 defeat at the hands of Brentford in the English Championship.

The player who has been outstanding for his side since the start of the 2019/2020 season was handed another starting role by manager Steve Cooper to help the team fight for 3 points.

This, however, did not go as planned on the Matchday with Brentford taking a two-goal cushion into the first half break. Bryan Mbeumo and Ollie Watkins got the goals for the home side on the 20th and 25th minute respectively.

The Swans regrouped at recess and resumed the half posing more threat in the half of their opponent. Twenty minutes into the second half, Andre Ayew found the back of the net to reduce the deficit for his side.

It was unfortunately not enough as Brentford run away as 3-1 victors on the Boxing Day encounter, bagging all 3 points in the process.

This is Ayew’s fourth consecutive goal in the run to the Christmas period. The Black Stars poster boy has 11 goals in all competitions after making 25 appearances.