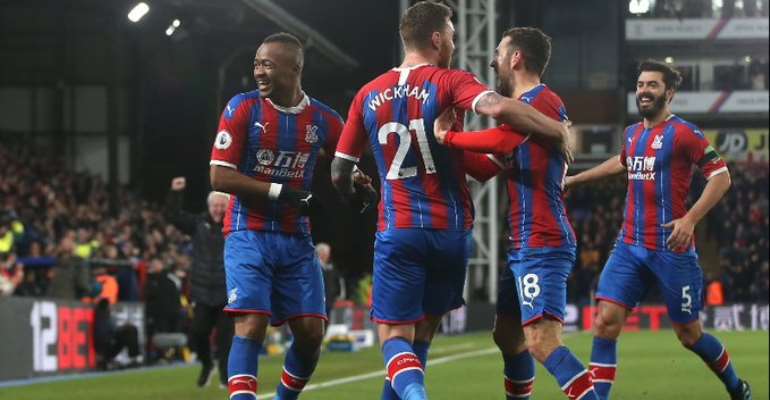 Ghanaian striker Jordan Ayew was in red-hot form this afternoon as he netted a late goal to help Crystal Palace post a 2-1 victory over West Ham United in the English Premier League.

The Black Stars forward has been an inspiration for the Eagles after joining them on a permanent basis on the back of his outstanding performance with the Black Stars at the 2019 Africa Cup of Nations (AFCON) tournament.

In a match week 19 fixture at the Selhurst Park, the hardworking attacker was handed another starting role by manager Roy Hodgson.

As expected, Jordan Ayew was in his usual element and worked his socks off to inspire Crystal Palace to a sweet comeback.

Following a first half that ended goalless, West Ham United resumed the second half looking good and ended up taking the lead on the 57th minute courtesy a striker from Robert Snodgrass.

Ten minutes later, the home team went on a good piece of attacking play and drew level through Cheikhou Kouyaté.

In the dying minutes of the Boxing Day showdown, Jordan Ayew who provided the assist for Crystal Palace’s first goal got his name on the scoresheet to amass all 3 points for his team who eventually won 2-1.

The Ghanaian now has 5 goals and 1 assist after making 19 appearances. He has established himself as one of the Eagles' best players and continues to show why he is an important asset for his gaffer.