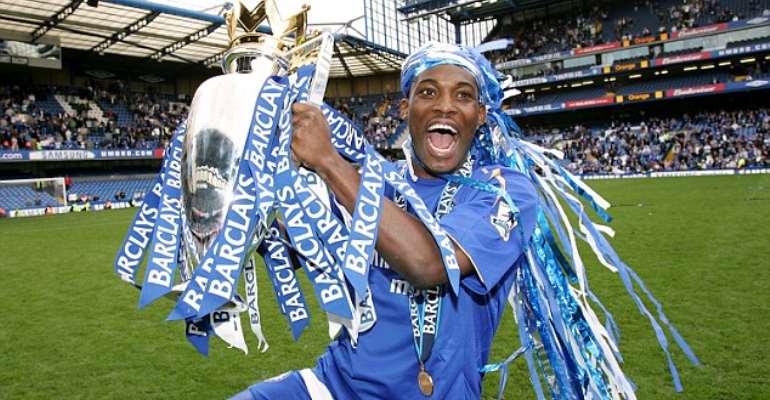 Goal Africa turn back the clock ten years and remember who made our continental Dream Team for the last decade.

Goalkeeper: Essam El-Hadary
Many consider the goalkeeper to be one of the greatest stoppers to emerge from the continent, with reflexes like a cat and a strong frame helping him to intimidate strikers and give confidence to defenders.

The keeper has been a constant presence in the Egypt national team, winning the Africa Nations Cup on three occasions, including two in the previous decade, with triumphs in 2006 and 2008, largely due to his solidity at the back.

With over 500 appearances for Al Ahly, El-Hadary has won the Egyptian league seven times, with four Egyptian Cups and Super Cups to his name. In terms of the Caf Champions League, the keeper has won the competition on three occasions, making him one of the most successful and decorated players of his generation.

Defender: Kolo Toure
Renowned for his supreme pace, strength and athletic ability, the Ivory Coast defender was a rock at the heart of Arsenal’s defence for much of the previous decade, when Arsene Wenger brought him into the team as a 21-year-old.

He was also a runner-up with the club in the Champions League in 2006, and twice in the Premier League. Toure was a regular for the Ivory Coast on the world stage, coming second to Egypt in the 2006 African Nations Cup before participating in the World Cup later that year.

Defender: Rigobert Song
The Cameroon defender seems to have been around forever, and throughout a long and successful career, the Indomitable Lion played for a number of clubs throughout Europe, including Metz, Salernitana, Liverpool, West Ham United, Cologne and Galatasary.

Song was also a stalwart in the heart of Cameroon’s defence, winning the African Nations Cup in 2000 and 2002, and also taking part in three World Cups, including the 2002 event in Korea and Japan.

At club level, his solid play and leadership qualities have helped him to be a firm favourite with players and fans, and he won two Turkish league titles with Galatasary in 2006 and 2008.

Defender: Sammy Kuffour
The Ghana defender was a constant presence in the Champions League during his time at German giants Bayern Munich, and once held the record for the African with the most appearances in the competition, using his physical strength to cause strikers problems.

A very successful stint in Germany allowed him to win the Champions League and Intercontinental Cup in 2001, along with four Bundesliga titles, three German Cups and two German League Cups since the turn of the century.

In the Ghana national team, Kuffour was a mainstay for most of the last decade, captaining the side on many occasions, until the 2006 World Cup in Germany where he ended his international career. On 12 January 2007, the Confederation of African Football voted Kuffour as a member of the Top 30 African Players of All Time.

Defender: Hatem Trabelsi
Trabelsi was one of Africa’s best defenders throughout the previous decade and was an indisputable starter in the Tunisia teams at the 2002 and 2006 World Cups.

An incredibly popular player in the North African country and on the African scene in general given that he made a switch straight from Club Sportif Sfaxien to Ajax Amsterdam, no Tunisian player has ever played for a more high-profile club. The defender also spent time at Manchester City.

He was truly a modern right-back in that he was skilful, speedy, and inventive going forward, without neglecting his defensive duties. Without him, Tunisia could not have won their only continental title on home soil in 2004.

He was also the first Tunisian to play in the Champions League.

Midfielder: Michael Essien
Essien was an absolute dynamo at times during the last decade, doing the dirty work in midfield for club and country, while also contributing going forward.

The Bison was successful at Lyon, winning two Ligue 1 titles before moving on to Chelsea, where he was an important piece of the midfield in the formations of various coaches through the years.

He won the Premier League title in 2006, as well as two FA Cups in 2007 and 2009. With Ghana, Essien has been an important figure, and due in part to his fine midfield work, they were the only African team to reach the second round of the 2006 World Cup.

Midfielder: Mohamed Aboutrika
Towards the end of the last decade, the skilful playmaker was dogged by nagging knee injuries, but Aboutrika stands alone as the most exceptional Egyptian player of the 2000-2009 period.

His performances for the Pharaohs, as well as his club, Al-Ahly, have been consistently impressive, helping the Cairene giants lift their fifth domestic championship in a row this year, with three African Champions Leagues under his belt as well.

A bronze medal at the 2006 Club World Cup with Ahly was the closest an African team have come to the final of that competition.

The 'Smiling Assassin' was the architect of his country’s two successive Africa Cup of Nations titles in 2006 and 2008. With over 100 goals for Ahly, and 22 strikes for the national team, Aboutrika is a legend and a deserving member of Goal Africa's Team of the Decade.

Midfielder: Jay-Jay Okocha
Few African players have made an impact throughout Europe in the way Okocha did, playing in various leagues and impressing with his skilful and entertaining style of play. The Nigerian is now retired, but his 14 goals in 75 caps do not reflect the influence he had on the star-studded Super Eagles team over the previous decade, where he was an inspiration and leader for many in the squad. His experience was also invaluable for the side.

Playing in Germany, France, Turkey and England, the well-travelled Okocha was possibly the best player never to win the African Player of the Year award, despite coming second twice - in 1998 and 2004.

He captained both Nigeria and Bolton Wanderers over the past decade, with three third-place finishes and a second-place medal to his name for Nigeria at the Africa Nations Cup.

Striker: Emmanuel Adebayor
Whether with the Gunners of Arsenal or with the Sparrow Hawks of Togo, Adebayor managed to make his mark on the competitions and leagues that he was involved in during the previous decade.

The former African Player of the Year was able to deliver in one of the toughest leagues in the world at the London club, with 24 goals scored in all competitions during one prolific campaign.

Adebayor also helped Togo reach the 2006 World Cup in Germany - a remarkable achievement which they look unlikely to replicate any time soon.

Striker: Didier Drogba
The powerful striker was a force in Europe over the latter part of the last decade, reaching the Champions League final with Chelsea, while taking the FA Cup and League Cup title on a couple of occasions as well.

He was a big part of Premier League title-winning sides in 2005 and 2006, ending the 2007 campaign as top scorer in the league while taking the African Player of the Year title the year before.

Having debuted in 2002, Drogba is a symbol of the Ivory Coast national team and helped his side to qualify for their first World Cup in 2006, performing well against the likes of Argentina and Holland in a tough group.

He also became the Elephants' all-time top scorer during the previous decade, before adding to his tally over the last 10 years.

Striker: Samuel Eto'o
Eto’o was one of the most consistent players in world football over the previous decade, providing an avalanche of goals for both Mallorca and Barcelona at club level while doing the same for the Cameroon national team.

A player with great balance and a talent for finishing, he began the decade with a gold medal for Cameroon in the 2000 Olympic Football tournament, also winning the 2000 and 2002 African Nations Cups with the Indomitable Lions.

In Spain, he won the Copa del Rey with two different teams, while winning La Liga three times and the Champions League twice. He is the most successful of the eleven players in this team.