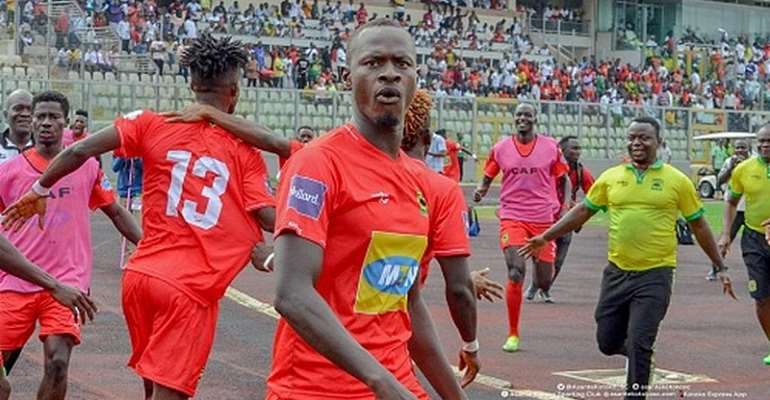 Asante Kotoko forward, Naby Keita has pledged not take his shirt off again should he find the back of the net in the subsequent games.

The promising forward was booked after scoring the winner in the 2019 President Cup against Hearts of Oak at the Baba Yara Sports Stadium.

He did the same during the club’s CAF Confederations Cup game against Kano Pillars which resulted to his suspension the following game.

When asked what triggers him to do that knowing very well it could affect him in subsequent games.

Keita said, “I took it off because of the emotion. At times when you are engulfed with emotion you take a decision that you don’t know.

“I promise not to do it again. I will try and control myself,” he added.

Kotoko will host Eleven Wonders in the matchday one of the Ghana Premier League.