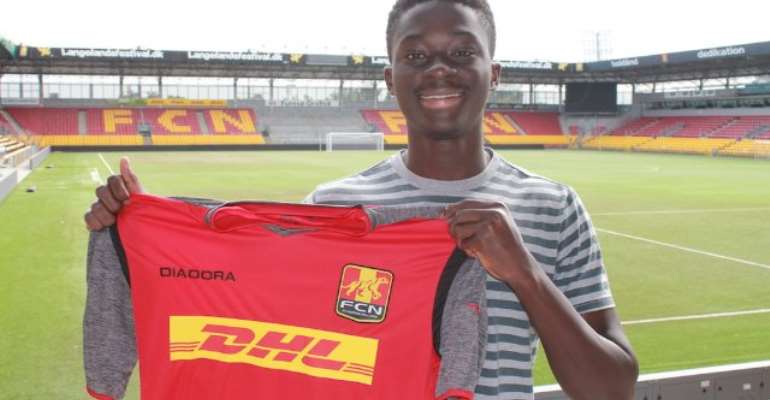 Ghanaian centre back, Abdul Mumin says he is delighted with his progress at Danish Premier League side FC Nordsjælland.

The 18-year-old has been impressive for Nordsjælland as he has played every game this season.

The former Right to Dream Graduate was named man of the match in Nordsjælland's 1-0 defeat to FC Copenhagen in the Danish League a month ago.

"It's been a great year, I have seen myself develop from game to game from beginning of the year," he said

"I have been consistent and definitely putting a lot of focus and energy on my development and I hope to move my game to the next level.

With the Danish League on break for the Christmas Festivities, Mumin is hoping to continue from where he left off in the coming year.

"I just have to build on it going into the next year, I want to keep getting games and keep developing here to help the team move the right direction."

Mumin signed for FC Nordsjælland professionally in 2016 and has since been impressive for the side.

With his contract set to end at the end of the season a lot of European clubs are on his heels for his services.