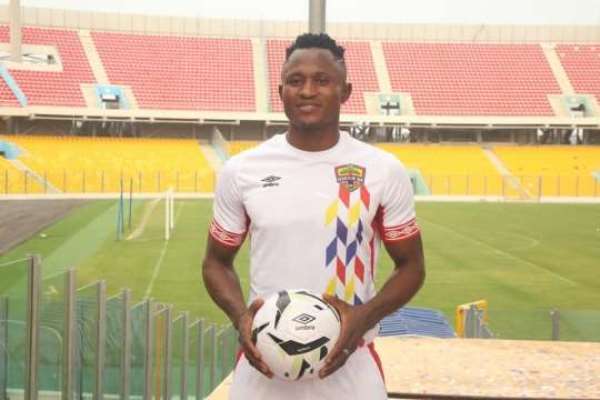 Fan-favorite Joseph Esso is close to parting ways with Accra Hearts of Oak with Sudanese top-flight side Al Hilal having reportedly agreed to pay his transfer fee of $100,000.

The former Ebusua Dwarfs striker has been at the center of several transfer speculations this month with a lot of stories indicating that the Sudanese side was the likely destination of the Phobian.

Reports in the media space have revealed that Accra Hearts of Oak and Al Hilal Omdurman has agreed on the transfer of the Black Stars B attacker for a fee of $100,000.

Though at this point there is not much information nor confirmation from the parties involved, if the deal does go through, it will be a big blow for the Rainbow team as well as their supporters who are hoping for League triumph at the end of the upcoming season.

Losing their star man will obviously not fare well for them especially with a young squad that still has a lot to learn under manager Kim Grant.

Ahead of the start of the Ghana Premier League this weekend, there are doubts as to whether Joseph Esso will be in action for Hearts against Berekum Chelsea or not.

Last Sunday when the team lost 2-1 to Asante Kotoko at the Baba Yara Sports Stadium the 23-year-old was not part of Kim Grant’s matchday squad.