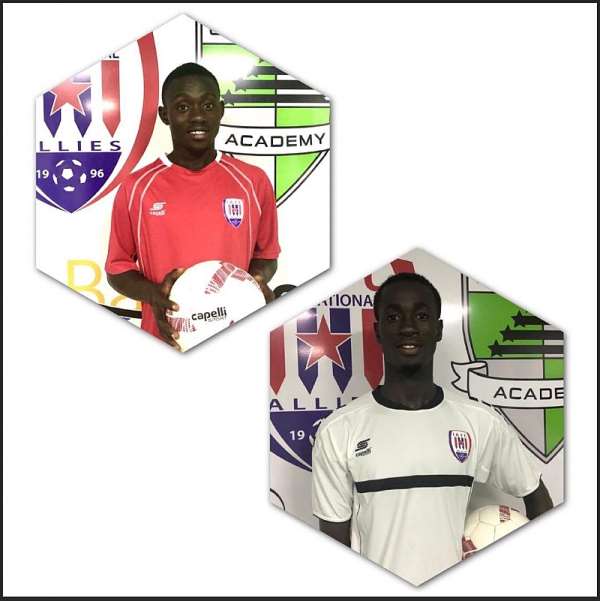 Ghana Premier League side Inter Allies has completed the signings of defenders Richard Acquaah and Evans Osei to boost their defensive set-up before the start of the new season.

The top-flight club is hoping to enjoy a successful 2019/2020 season and has been in the market bringing in some reinforcements. Just 3 days to the start of the campaign, they have secured the signatures of the two full-backs.

The deal was announced earlier today after the duo put pen on paper to sign the dotted lines of their offered contract on the back of an impressive showing during the ‘Ghana Has Talent’ tournament which was held a couple of months ago.

In an interview with Inter Allies' official website, Richard Acquaah said, “I’m over the moon to sign for such a club like Inter Allies FC and I can’t wait to do my best when the league starts”.

On his part, Evans Osei shared, “My trial went really well and it is a challenging and good environment, but I’m enjoying it”.

The two defenders are likely to earn minutes for Inter Allies this weekend when they go up against Aduana Stars in the opening weekend of the Ghana Premier League.