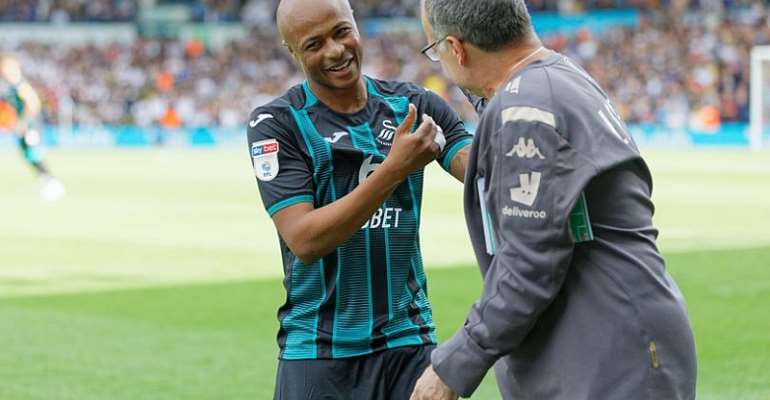 Swansea City forward, Andre Ayew says he is unaware about reports linking him to Leeds United but praised his former manager, Marcelo Bielsa.

The 30-year-old has been tentatively linked with the Elland Road club after rumours emerged from his homeland last week.

Ayew worked with Bielsa during their time at Marseille together, and the 30-year-old holds the Argentinean in high regard.

The former West Ham forward notched up his 10th goal of the campaign in the 1-0 win over Luton on Saturday.

His performances have caught the eye in recent months but Ayew says he remains unaware of any Leeds speculation.

He told Canal+: "I am not aware of that. I don’t know anything. I don’t have any comment.

"I appreciate Marcelo Bielsa enormously. He is an incredible manager. We had a very very strong relationship at Marseille. And there you have it. That’s all I can say.

"I am not thinking about any of that. I am concentrating on what I have to do here. I receive so much love from the stadium, people, from the city, from the club, I am enjoying myself. I feel good."