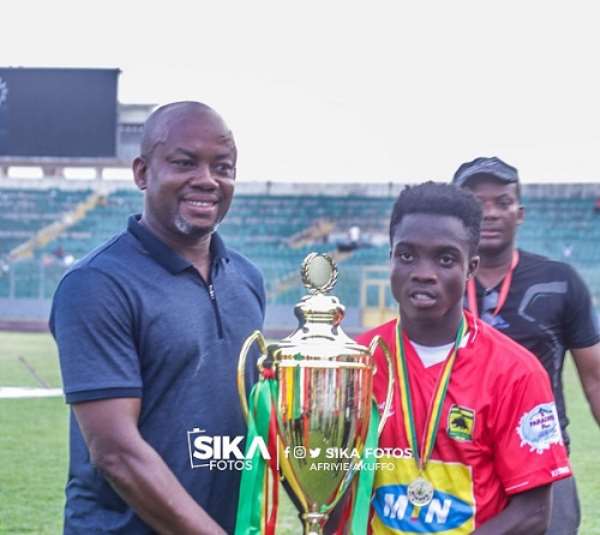 Agent for Matthew Cudjoe, Samuel Anim Addo has revealed that there are a host of European clubs willing to secure the signature of his client.

The 16-year-old sensation has been tagged as Ghana 'Messi' due to his skills and control on the ball.

Cudjoe made a huge impact in Sunday's President Cup against Hearts of Oak at the Baba Yara Sports Stadium.

According to the Executive Council Member of the Ghana FA, any decision to part ways with their Matthew in future would be releasing him to a club where they believe his career will develop to become one of the best in the world.

He also added that the Porcupines Warriors will receive their cut should the nimble-footed attacker be sold.

"We have received many offers from Germany, France, England concerning my young client Matthew Cudjoe. We want to take our time in his current situation and if he will leave to abroad definitely Asante Kotoko will get their desired cash from the deal," Anim Addo told Kumasi-based Light FM.

Matthew Cudjoe joined Kotoko from Young Apostles on a season loan deal ahead of the 2019/20Ghana Premier League season.

The Ghana U20 attacking midfielder was discovered by Division one League side Young Apostles during the Babyjet U16 tournament.

Cudjoe was part of the Black Satellites squad that represented Ghana U20 at the 2019 Africa Games held in Morocco.