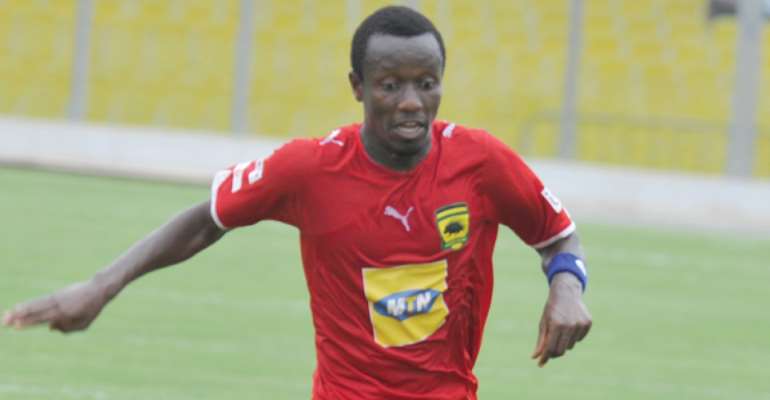 Experienced midfielder, Michael Akuffo has joined King Faisal ahead of the new season.

After being told he will be surplus to requirement at Asante Kotoko, has signed a one year deal with the regional rivals.

The vastly experienced Akuffo will bolster the King Faisal squad which is mostly made up of players who they used in the division one before gaining promotion via the boardroom to the Premier League.

King Faisal alongside Great Olympics were handed reprieves by the GFA’s Congress in October.

Michael Akuffo has a six-year stay with Asante Kotoko before seeking greener pastures at Asec Memosa in Ivory Coast, Lebanese side Al Ansar and Finnish side Fc Popa.

King Faisal will play away to Dreams Fc in their Ghana Premier League opener.