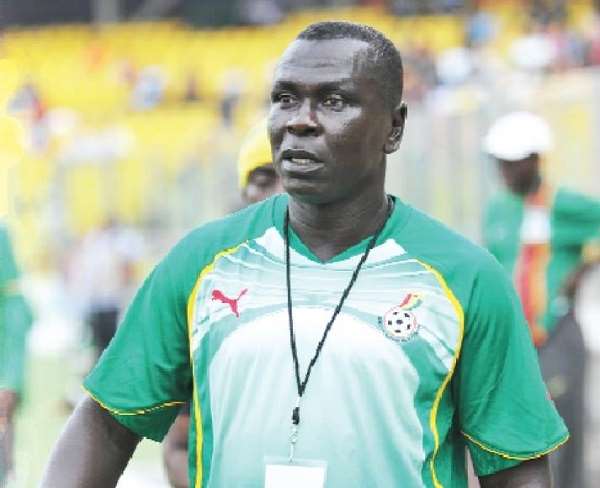 Coach Frimpong Manso has left Techiman Eleven Wonders as the head coach of the club after three weeks in charge ahead of the Ghana Premier League season.

The former Ghana international was named the club's new head coach of the Techiman-based team after reaching an agreement with the officials of the Ghana Premier League side.

Astonishingly, the former Asante Kotoko gaffer tactician has vacated from his position few days to the commencement of the 2019/20 Ghana Premier League.

Multiple reports suggest that he opted to part ways with the club after a serious misunderstanding with the management of the club over some signings.

The report adds that the club owners have their preferred players whom they believe can help them avoid the drop but the coach thinks otherwise which led to the partying ways of the two parties.

Coach Manso has vast experience in the local football with his stint at Asante Kotoko, B.A United, King Faisal and Nkoranza Warriors.

Techiman Eleven Wonders will on Sunday open their 2019/20 Ghana Premier League campaign with an away fixture against Asante Kotoko who are in high confidence after edging Hearts of 2-1 to lift the 2019 President Cup.

The Ghana Premier League is set to commence the weekend of 27-29 December 2019.