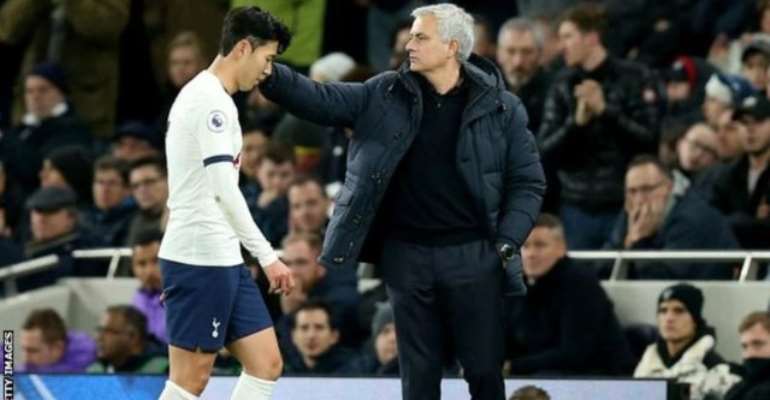 Tottenham have appealed against the red card shown to Son Heung-min in the loss to Chelsea on Sunday, manager Jose Mourinho has confirmed.

The South Korean was sent off in the second half of the 2-0 defeat after VAR ruled he had kicked out at Chelsea defender Antonio Rudiger.

Spurs are waiting to find out if Son will be available for the Boxing Day game with Brighton.

"I hope Son is not punished five times," Mourinho said.

"So I hope to be punished twice is enough, he doesn't deserve for the third the fourth or the fifth."

It is the second time Son has been sent off this season after he was dismissed in the 1-1 draw with Everton on 3 November.

Son was dismissed in that game for a tackle that led to Everton midfielder Andre Gomes suffering a serious ankle injury but it was overturned by the Football Association.