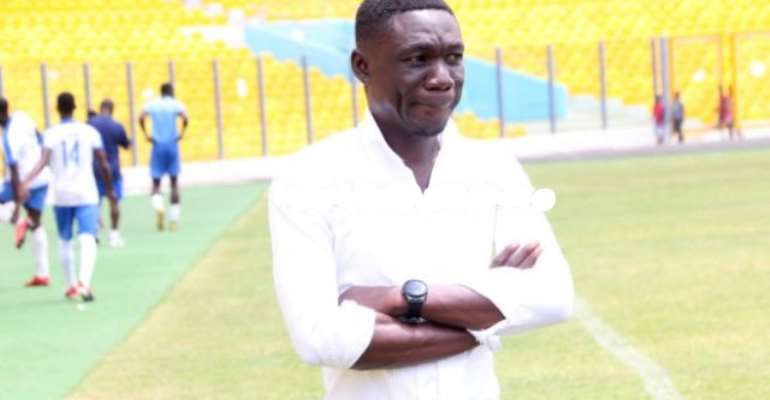 The decision was taken last week Thursday following a meeting between the management of the club and the coach where both parties mutually agreed to go their separate ways.

Coach Isaac Nii Armah confirmed the news in an interview on Oman FM this evening while explaining that his resignation has become necessary because there are some personal issues he needs to attend to.

“Yes it is true”, the gaffer said when asked if he has resigned.

He continued, “I met with the management of the club last week Thursday and told them there are one or two issues that I want to sort out. So after that meeting, I wrote to them to make it official so that I can go and sort out my issues”.

“Even though it was a tough decision for them to take, they took my issues into consideration and accepted it”.

Coach Isaac Nii Armah has also assured fans of Great Olympics that he will return to take charge of the club once he finishes taking care of his personal issues.