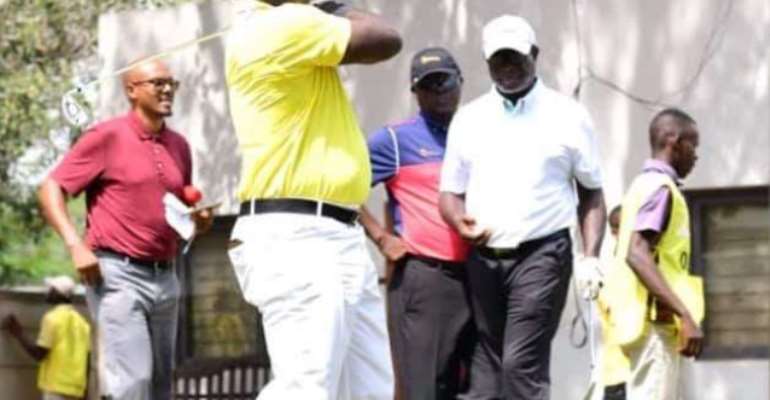 Over 170 golfers from all over the country turned up to play at the Achimota golf club in honour of the outgoing MD of CAL Bank Mr Frank Adu Jnr. Mr Adu is exiting after serving for 30 years at the bank.

The greens of Achimota golf club brought together some of the finest golfers for the special Cal bank golf open. Some of these golfers who participated came from all the golf clubs in the country in the one-day open championship.

Mr Adu Jnr. was a former captain of Achimota golf. After an early teed off on Thursday saw 32 professionals battling for honours. At the end Brave Mensah emerged the overall winner in the senior's category, Anthony Gbenyo won the seniors category. 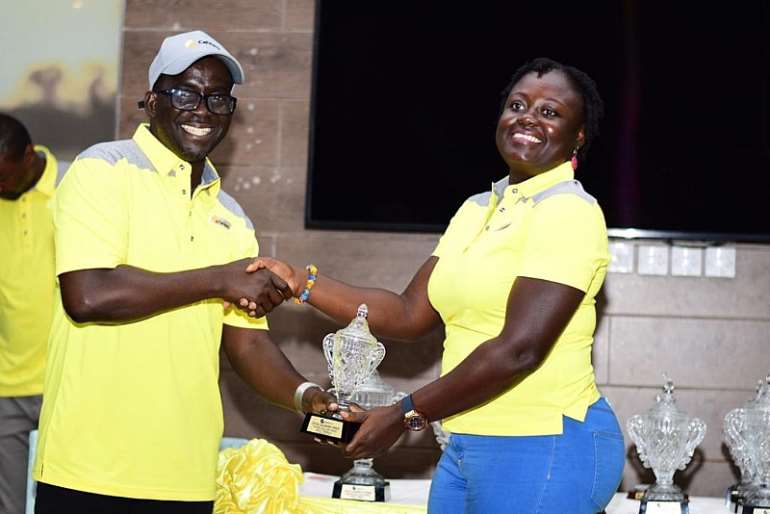 The competition was not only male-dominated as female golfers were in their numbers to celebrate the outstanding contributions of the MD to the development of golf in Ghana.

Under his leadership, Calbank helped Achimota to transform the golf course into one of the best standard courses in Africa.

Calbank Golf Academy players were also there to exhibit their prowess in golf.

The competition secretary of Achimota golf commended Mr Adu Jnr. for raising the interest of the sporting discipline.

Mr. Frank Adu Jnr. Will be remembered for introducing Golf to the entire CalBank staff which has seen 92 people in Calbank now play golf.

The outgoing MD of Calbank Mr Frank Adu Jnr. thanked the staff of the Bank and golfers for the honouring him and also advised them to work hard to continuously make the bank a unique brand in the industry. 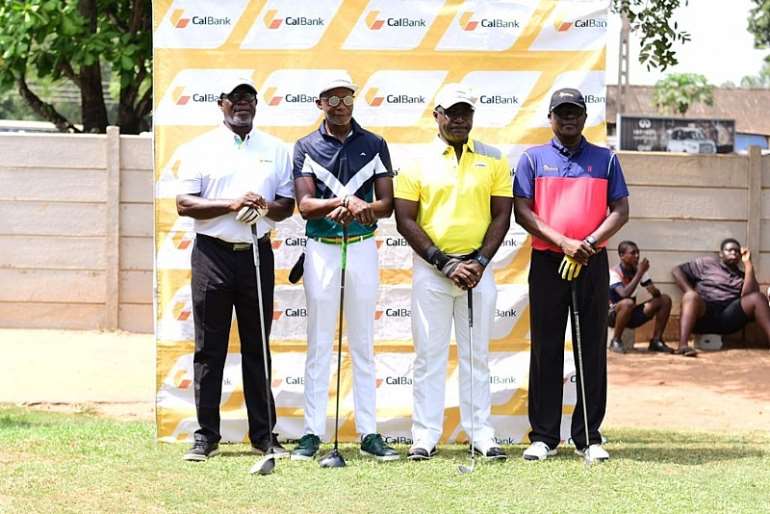 Dozens of golfers eulogised Mr Frank Adu Jnr. for his outstanding leadership role and contribution to the bank and golf in the country.

Tokens were presented to deserving players. The longest drive prize went to James Kelley in the men and women’s category went to Aaliyah Iddriss.

There was a special token to the outgoing MD of CAL Bank Mr Frank Adu Jr. from Achimota golf and CAL Bank.

He has been the CEO of Calbank for 19yrs and also served for 30 years.

He handed over as the captain of the Achimota golf to Mark Cofie between 2014 -2016.

Barry Dadzie and David Doe secured 71 points for the 3rd and 4th positions while the 2nd place went to L A Alisah with 70 points. Mr. Anthony Gbenyo was 1st with 67 points.

Some lucky Calbank staff who participated in the golf tourney went home with a prepaid card loaded with cash as part of the lucky dip draw.

Below Are the Award Winners Of 2019 CalBank Golf Championship In Honour Of Dr. Frank Adu Jnr.

The outgoing MD Of CalBank Limited;
In the men’s Group, A category Daniel Asumani obtained 68 points to place1st while James Karley had 69 to place 2nd. Mathias Doya placed 3rd with 69 points. 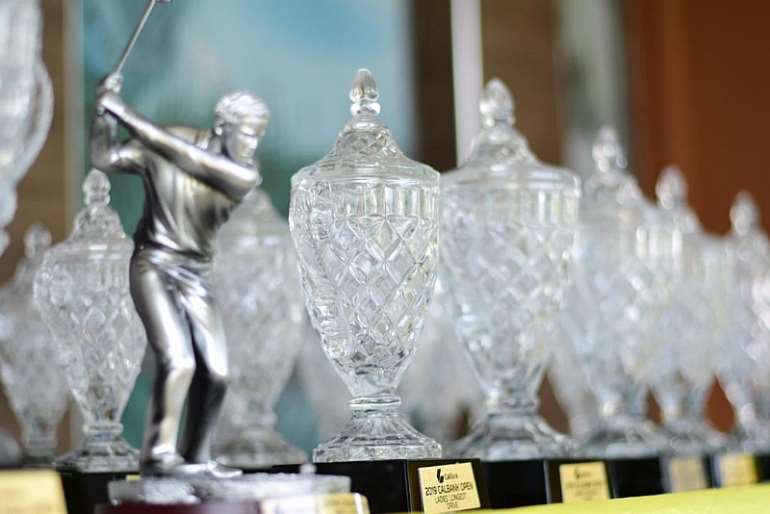 Aaliyah Iddriss emerged winner in the women’s Longest Drive with Jessica Tei winning the women’s closest to the pin.

The following are some of the highlights in the Frank Adu Jnr. Award for the best female (CalBank Golf Club)

In the senior's category, Brave Mensah secured the 1st position with 77 net scores.