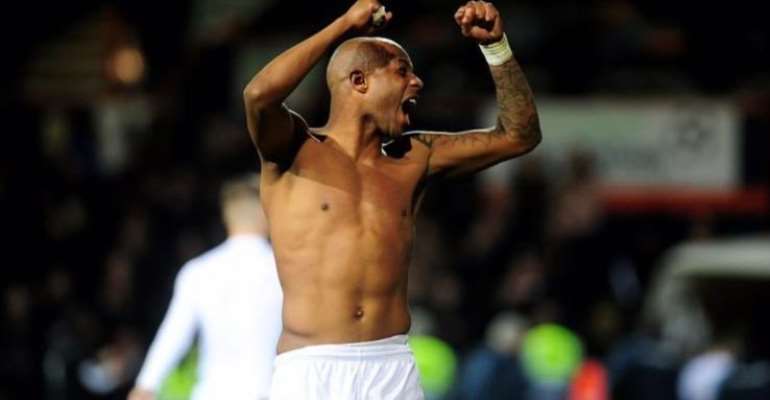 Swansea City ace, Andre Ayew has reiterated that he will not allow his fine goalscoring form to get into his head amid praise for his outstanding performances lately.

The 30-year-old has been impressive for the past weeks for Steve Cooper's in the Skybet Championship.

The Ghana skipper scored the match-winner in a 1-0 away triumph over Luton Town in the Championship.

He has registered 10 goals in all competitions so far this season, seven coming in the league.

“It was a great, great feeling to score the winner,” Ayew said, as reported by his club's official website.

“I have great players around me and I’m trying to utilise them in the best way.

“The players, staff and fans have a lot of confidence in me, so the only way I can repay them is by scoring goals, providing assists and giving my best in every game."

“It was a very important goal," the 30-year-old remarked.

"I scored a few important ones in 2015. I need to try to keep getting those goals; that’s why I’m here.

“Scoring 10 goals isn’t bad, but I need to do more. This is just the beginning and I’m not going to get carried away.”

Swansea's next game comes up on Boxing Day when they play away at Brentford.

The Jack Army currently sit seventh on the league table.