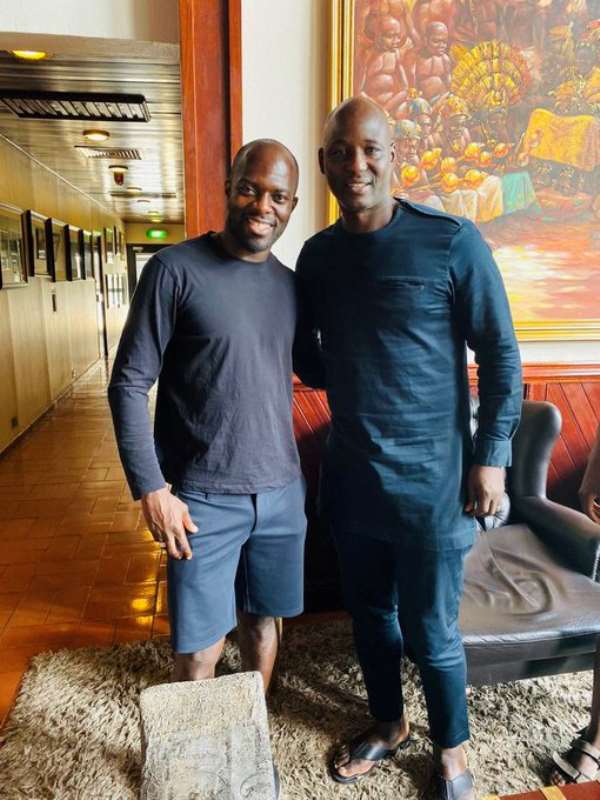 Adu Sarpei was part of Ghana's squad that qualified the country to the 2006 FIFA World Cup in Germany.

He also featured in the 2008 Africa Cup of Nations hosted here in Ghana and won a bronze medal.

Adu Sarpei was also part of Ghana's squad that made history in the 2010 FIFA World Cup in South Africa after playing in the quarter-finals for the first time.

He was a key figure during his days with the Black Stars.

On Sunday afternoon, Anthony Baffoe shared a photo on his official Twitter handle expressing his excitement after meeting the former right back.

Witness confirms Dampare’s involvement in the arrest of Abua...
52 minutes ago