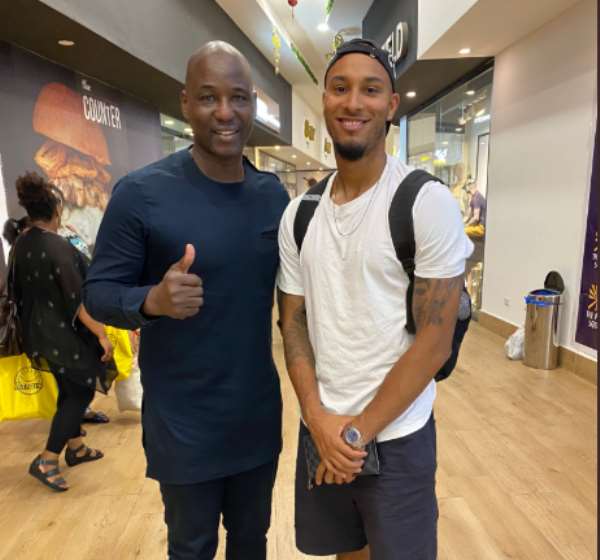 Kwarasey, who plays for Norwegian club Vålerenga has not been in action for the country since the 2014 FIFA World Cup in Brazil.

In a twitter post by the former Ghana international, he expressed his delight after spending an afternoon with the shot stopper.

However, 28 year old is yet to confirm his permanent retirement from the Black Stars after five years of failing to honour a call up to the senior national team the Black Stars.