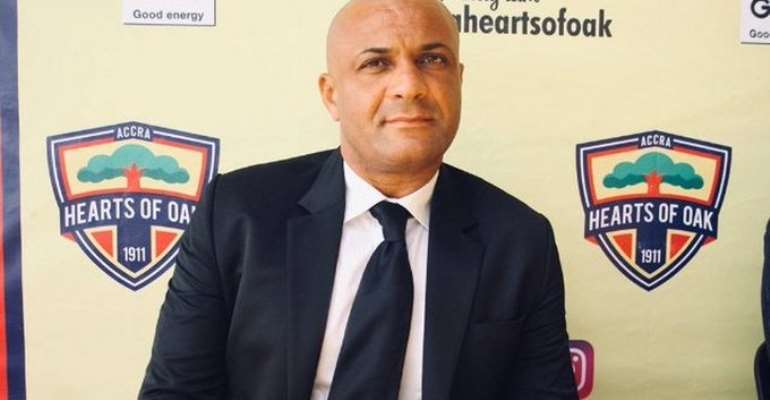 Hearts of Oak coach Kim Grant has admitted that Asante Kotoko took their chances in his side's 2-1 defeat on Sunday in the 2019 President's Cup was offside.

The Phobians took the lead in the 36th minute when striker Kofi Kordzi converted from the spot, but they allowed the Porcupine Warriors snatch the win through substitute Naby Keita.

The Porcupine Warriors drew level on the nick of half time courtesy an own goal from Mohammed Alhassan whose clearance detoured into his own net.

But ex-Ghana international shockingly claimed in his post-match speech, the goal should not have counted.

''I just thought that the game was pretty tight and they took the chances, we didn't. We had chances. They actually had two chances and they scored them, '' Grant said in his post-match conference.

''Obviously the first half was pretty even. I think there was a bit of nervousness as well but overall, I was quite pleased, we can still play better.

''But, you know, we have got some young boys in the team and they have to get to be used to the expectations.

''So for me, I was quite pleased with the way we played, but we can still improve on certain matters of the game but I believe that maybe the first goal was offside but that's part and parcel of football.''

Hearts of Oak will prepare for the start of the Ghana Premier League and the Phobians face Berekum Chelsea.