We Were Tactically Better Than Hearts of Oak, Says Kotoko Coach Maxwell Konadu 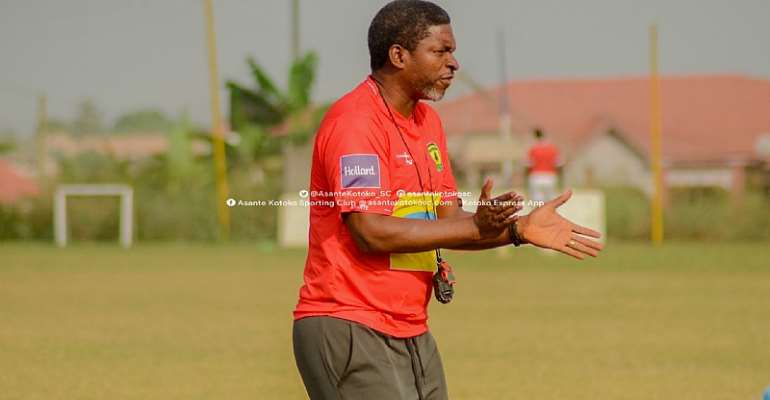 Head coach of Asante Kotoko, Maxwell Konadu has unequivocally said his side were tactically better than Hearts of Oak in Sunday's President's Cup.

The Porcupine Warriors defeated their sworn rivals 2:1 to win the 2019 President Cup at the Baba Yara Sports Stadium.

The Phobians started the match on the front foot and deservedly found the opener through Kofi Kodji’s penalty in the 36th minute.

But Kotoko found a way back into the game after an own goal by Mohammed Alhassan on the stroke of half time before substitute Naby Keita's 64th-minute header clinched the Cup for Maxwell Konadu lads.

In a post-match interview, coach Konadu insisted his side’s astute tactical awareness did the trick against their sworn adversaries.

''I think, Hearts played well in the first half. When they switched to 4-3-3 in the second half, they were giving us a lot of problems in the midfield,'' Konadu said.

“Hearts played well, but I think we took our chances and at the end of the day we won.”

Asante Kotoko will host Eleven Wonders in their opening fixture of the 2019/20 Ghana Premier League campaign with Hearts of Oak also welcoming Berekum Chelsea to the Accra Sports Stadium.

Ghanaians suffering due to mismanagement by Akufo-Addo, Bawu...
40 minutes ago