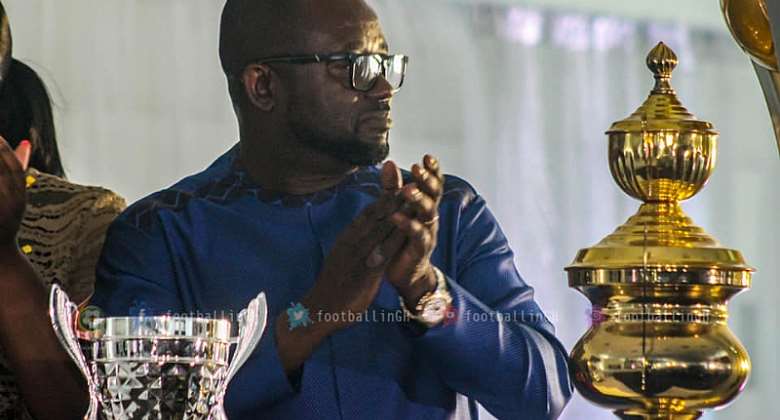 The Ghana Football season for 2019/2020 is open. It was launched at an impressive ceremony at the sports hall of the Accra Sports Stadium on Friday, December 19, 2019, by the Vice President His Excellency Alhaji Dr Mahamudu Bawumia.

All the products of the Ghana Football Association (GFA); Premier League Cup, Division One League Cup, Women’s Premier League Cup, Men and Women FA Cup were launched together because all stakeholders of the were brought together, including the Minister of Youth & Sports, Director General of the National Sports Authority (NSA), members of parliament and the business community.

The GFA wants to synchronise the local league with the European Leagues time table for 2020/2021 season, and also want to create an unforgettable experience for the fans.

In its ambition to draw more crowd and attention, the GFA will initiate measures to uphold the integrity of refereeing, by producing exciting and enticing competition rewards as well as vigorous marketing to attract the corporate world.

The GFA can achieve its objective with the support of positive media. The GFA must create a cordial relationship with the press as they make and unmake.

The trophies being competed for will be taken to all the malls in Accra and Kumasi, and the various league centre for the fans to see and feel the passion.

With the media, PR and marketing background of the GFA president and some executive council members, they should know the right strings to pull and plugs to fix.

Kurt E. S. Okraku aka ‘Game Changer’ said he came to ignite the passion and bring back the love.

He and the appointed committees can never succeed alone; all football fans including the government have a role to play to put Ghana Football to its rightful place.

Ghana is a great football nation, and we must rob shoulders with Brazil, Uruguay, England, Spain, Italy, Germany, Holland, Belgium, Portugal, Mexico and the best of the best.