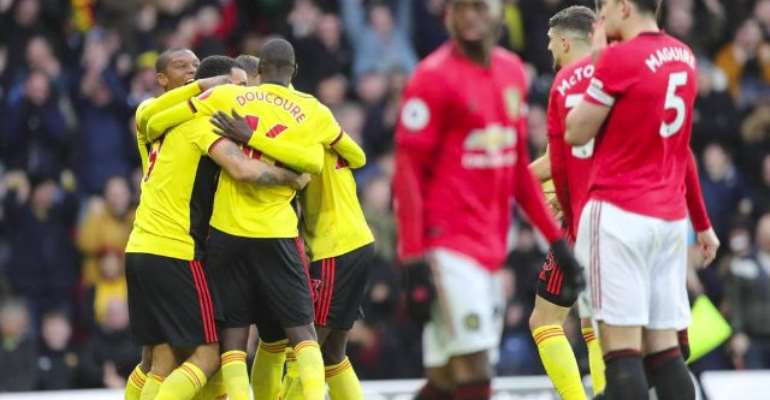 Watford boosted their hopes of avoiding relegation as they secured only their second Premier League win this term against a disappointing Manchester United team at Vicarage Road.

The result sees the Hornets move within six points of safety and level on points with Norwich in 19th, while United remain eighth.

David de Gea's error gifted Watford their opening goal, with Ismaila Sarr's mishit shot bouncing through his arms and striking him in the face before going in.

Troy Deeney compounded a miserable day for United as he registered his first league goal since April with a penalty after Aaron Wan-Bissaka's foul on Sarr.

Not even the introduction of Paul Pogba - returning after a near three-month absence - as a substitute could raise United, who failed to register a shot on target until the hosts were already two goals ahead.

And while Ole Gunnar Solskjaer's side did attempt to chase the game, Watford also had chances to add to their tally and deserved only their third league victory ever over United.