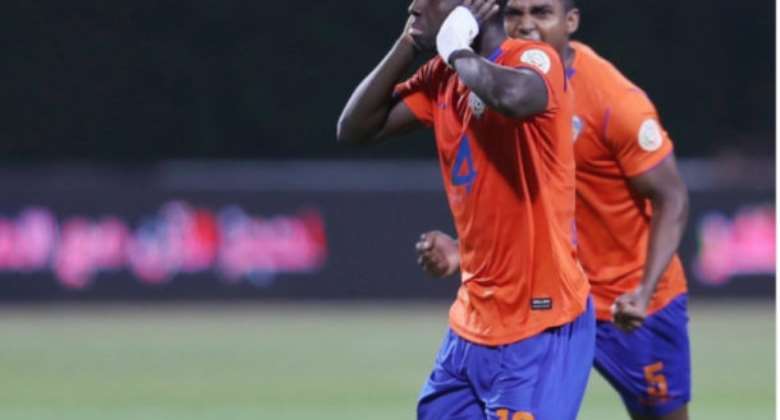 Samuel Owusu has earned recognition for his good display in the Saudi Pro league as the winger was named in the team of the week in the Saudi League.

This comes after the winger scored and dazzled in their league game against Al-Ittihad by 4-1 in a Saudi Pro League game at the King Salman Sports City Stadium.

Al Fayha pummeled Al-Ittihad by 4-1 and the Ghanaian was very instrumental in inflicting this heavy defeat.

Owusu scored the second goal of the game to make the results safe for the home side in a game which was entirely dominated by the home side.

Chilean striker Ronnie Fernandez was the star of the show after he grabbed a hat trick to take the results beyond the away side.

Fernandez opened the scores in the third minute from the spot-kick after a foul from the away side before Ghana's Samuel Owusu made the results safe in the 49th minute with a well-taken goal from close range.

The Chilean striker scored his second in the 70th minute also from the penalty spot before Romarinho scored a consolation goal for the away side.

Fernandez made sure of his hat trick in the added on time to give Al Fayha a resounding victory.