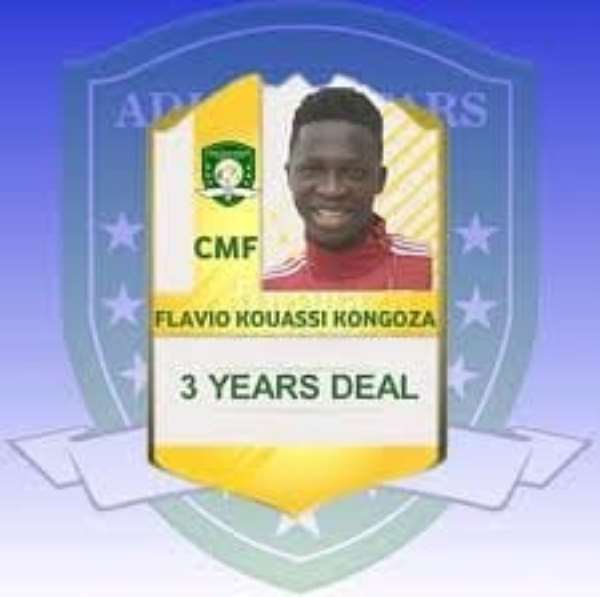 The two times Ghana Premier League champions tied the hard-tackling midfielder on a three-year contract after his contract with fellow top-flight side Liberty Professionals run out in July this year.

What you need to know about Aduana New Boy:

Kouassi is a product of the revered Liberty Professionals youth team. He got promoted to the first team of the Dansoman based side at the start of the 2015-16 season. 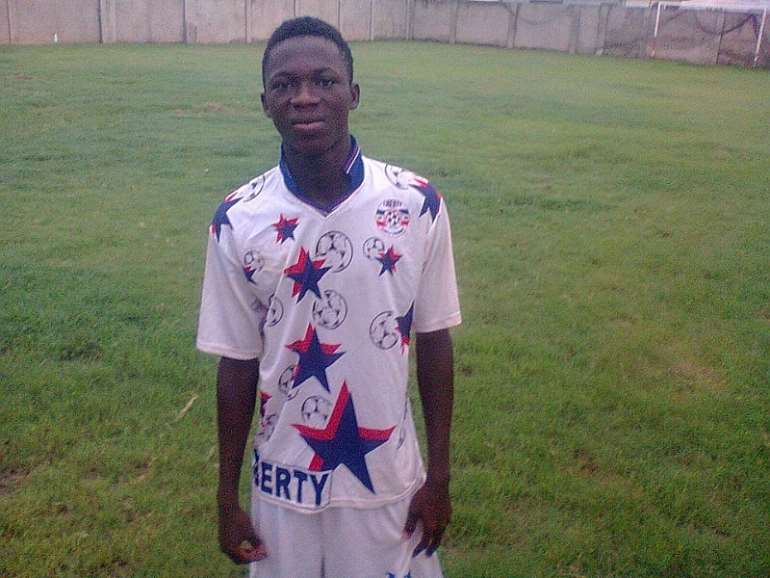 The Ivorian was then loaned to Division one Okwahu United and was part of the Mountaineers team that beat Liberty in the semi-final of the 2016 MTN FA Cup.

Kouassi returns to his parent club at the end of his loan spell and became an integral member of the Scientific Soccer Lads u till the 2017-18 season was Truncated due to the infamous Anas number 12 expose.

The midfielder was then loaned to Togolese giants Maranatha FC where he featured in both the domestic league and Their CAF Confederations cup campaign before returning to Liberty Professionals at the end of the 2018-19 football season.