GFA To Embark On Nationwide Tour With Trophies 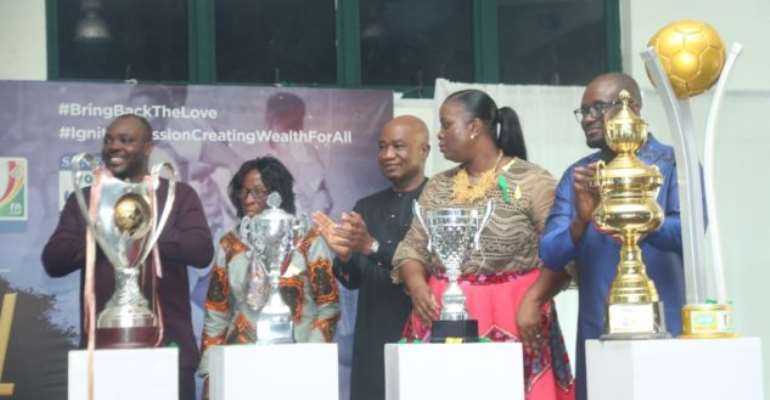 The Ghana Football Association have confirmed a nationwide tour of the league trophies for the various competitions to give Ghanaians a feel before the new season officially kicks off.

As part of the strategies put together by the GFA President, Kurt Okraku to ignite passion and bring back the love of the game, the league trophies for both the men’s and women’s leagues will be displayed at the various malls across the country to allow fans take pictures with it.

The tour begins at the Accra Mall, to the West Hills Mall and continue across all the sixteen regions and in Kumasi, City Mall will be the centre for the edition.

The 2019/20 Ghana Premier League which is scheduled to start on weekends of 27-29 December will mark the official start of Ghana football season under the new GFA administration, with the Division One League which kick start on January 10, while the Women’s Premier League starts in February.

August 4 declared public holiday in celebration of Founders ...
41 minutes ago