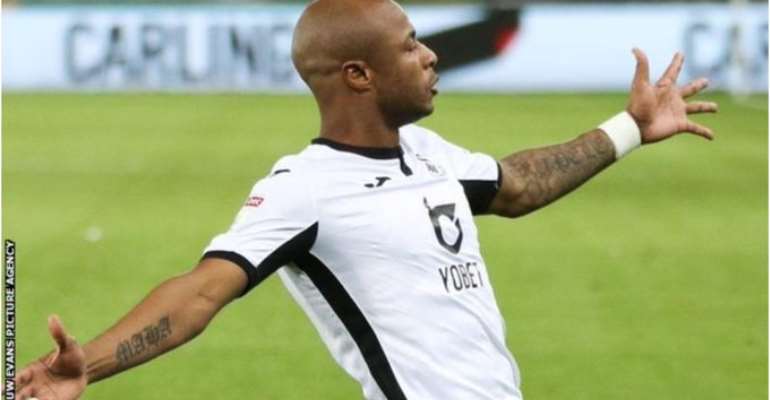 Swansea dominated the second, with Ayew, George Byers and Bersant Celina among those to come close to scoring.

But with eight minutes left, Ayew chested in from Jay Fulton's deflected cross to score a fourth goal in his past three outings.

A second successive victory lifts Swansea up to sixth place in the Championship table, while Luton stay 21st, albeit now only one point clear of the relegation zone.