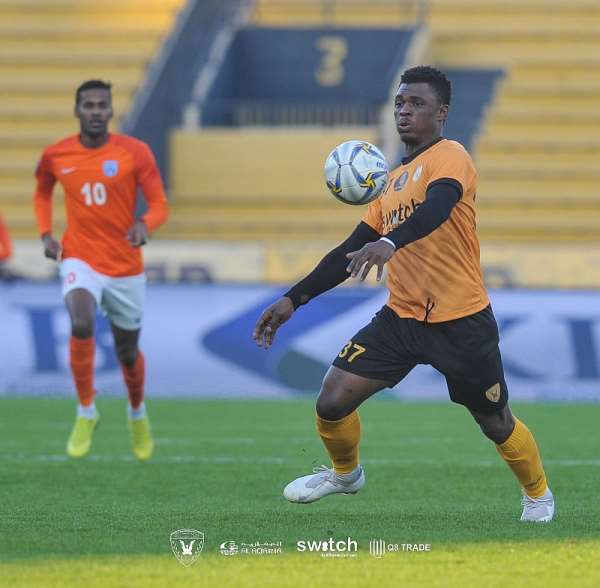 Dependable defender Rashid Sumaila was adjudged 'Man of the Match' as his side Al Qadsia beat Kazma Club 3-1 in the Kuwait Premier League.

The one time Ghana Premier League best defender in 2011 once again produced a magnificent performance to help his side to pick the three maximum points.

His scintillating performance earned him the MOTM award.

The Royals have been on top form in the Kuwaiti Premier League this season and currently sits 2nd on the league table after 8 games with 16 points, a point behind leaders Al-Kuwait with a game to play.

Rashid played full throttle of the game to help his outfit to victory.