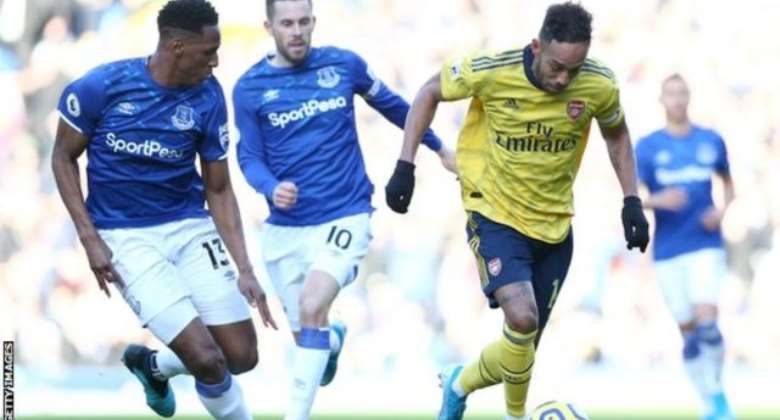 Everton and Arsenal played out a dire goalless draw at Goodison Park as respective new bosses Carlo Ancelotti and Mikel Arteta watched from the stands.

Three-time Champions League winner Ancelotti was confirmed as successor to sacked Marco Silva on a contract until 2024 shortly before kick-off on Saturday, and the Italian was present in the directors' box.

Arteta, who was appointed the Gunners on Friday, was sitting nearby - but there was little to excite either man.

Arsenal, under interim manager Freddie Ljungberg for the last time, came closest to scoring as Gabriel Martinelli shot wide in the first half, before Everton keeper Jordan Pickford saved superbly from Pierre-Emerick Aubameyang after the break.

The hosts, led by caretaker boss Duncan Ferguson for the fourth and final time, rarely troubled Arsenal, although the Scot once again showed he was not afraid to take bold decisions by substituting a substitute.

This time it was striker Cenk Tosun, who had come on early for the injured Alex Iwobi, and he was clearly unhappy at being replaced by Moise Kean.