We Will Do Our Best To Beat Hearts Tomorrow – Maxwell Konadu 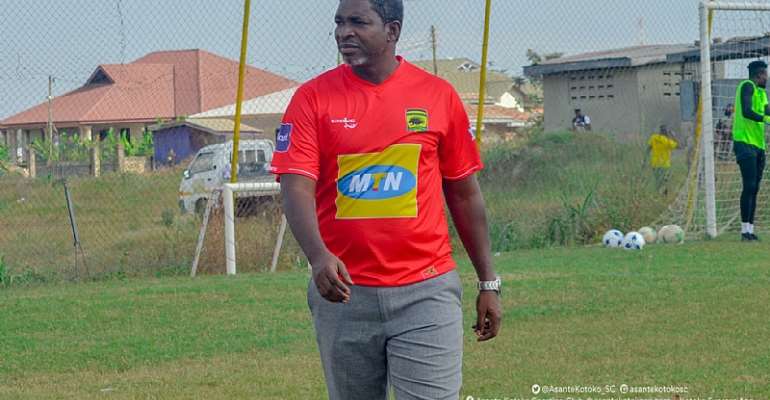 New head coach for Kumasi Asante Kotoko, Maxwell Konadu has revealed that his team will play to their strength tomorrow in hopes of beating Hearts of Oak in the replay of the 2019 President Cup.

The two most glamorous club in the country will renew their rivalry tomorrow to honour the President of Ghana, His Excellency Nana Addo Dankwa Akufo-Addo.

With a trophy, a cash prize, as well as bragging rights at stake, either club will be hoping to get the win at the end of the 90 minutes.

In a preview to the ‘Super Clash’, coach for the Porcupine Warriors Maxwell Konadu has shared that his team is not in the best shape. He, however, insists they will go into the match and try to get the victory,

“So far so good. We have Hearts in mind for now but at the same time preparing ourselves for the league. So basically that’s what we have been doing.

“So far it’s not bad. It’s not the best but it’s not bad. We can be competitive on Sunday. We will do our best to win but like I said we are not in the best of shapes but we will be fine. Asante Kotoko will be fine for the match”, the gaffer said in an interview posted on Kotoko’s YouTube channel.

The clash between the two heavyweights of Ghana football will kick off at 15:00GMT at the Baba Yara Sports Stadium tomorrow.