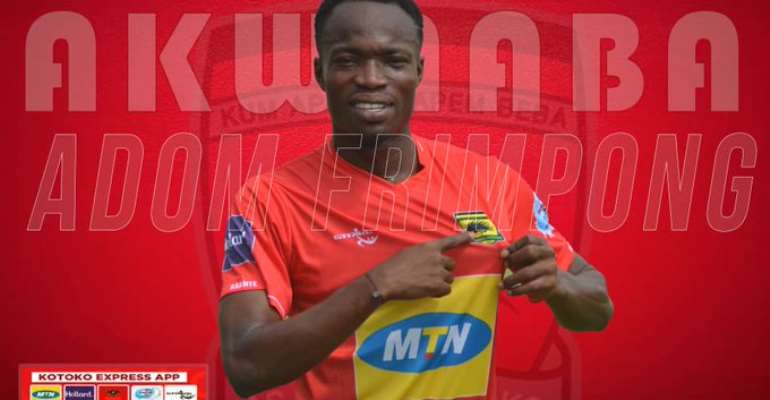 Ghana Premier League side Kumasi Asante Kotoko has completed the signing of experienced midfielder Kwame Adom to give them a squad boost ahead of the opening weekend of the new season.

The management of the Porcupine Warriors announced the signing for the new player on Friday evening after both parties reached an agreement for a 3-year contract.

He spent two weeks on trial with the Kumasi-based side and was assessed by new head coach Maxwell Konadu before he was added to the squad on a permanent basis ahead of the 2019/2020 top-flight season.

Kwame Adom has gained experienced over the last few years after spending 2 years with Salalah FC in Oman as well as a short stint with Swedish club Mjällby AIF.

His addition to the Kotoko set up is to add to their depth in midfield to help their quest of winning the Ghana Premier League title at the end of the season.