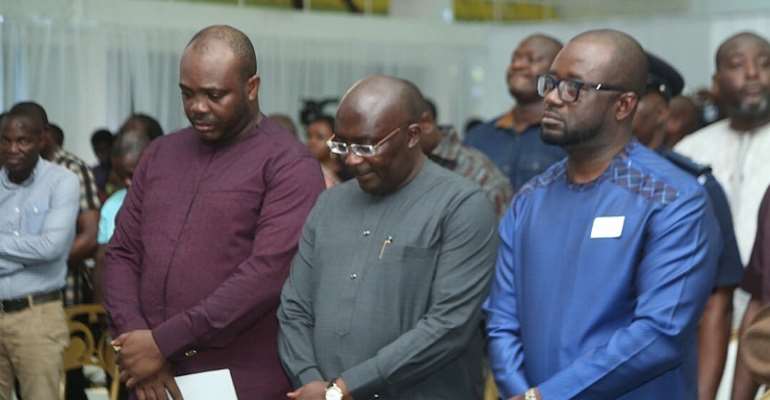 Kurt Okraku, president of the Ghana FA has called on government to take a second look at a 17.5 per cent Value Added Tax (VAT) on gate receipts of clubs.

Clubs have consistently expressed their worry for paying tax on gates proceeds and have called on its scrapping to be able to make more on matchday to sustain their activities.

Okraku made this plea during Friday's official launch of the 2019-20 Ghana football season, an event graced by the nation's vice president Mahamudu Bawumia.

“Your excellency, I’ll at this point call on your humble office to take a critical look at the 17.5% VAT levied on gate proceeds," the GFA boss said.

“The clubs already make little or nothing from the gates and the VAT levied on the little they make sometimes leaves them with nothing."

In his speech, Bawumia commended the early initiatives from Okraku who replaced Kwesi Nyantakyi as FA boss on October 25.

“I must commend Kurt and his administration for the innovative practices they are introducing to make the game exciting. This is thinking outside the box.”

“The various training programs for coaches and many others are indeed innovative ones,”

The men's Premier League will be the first competition to kick off after the launch, with its commencement date set for December 28.

The remaining four championships will start in the New Year.