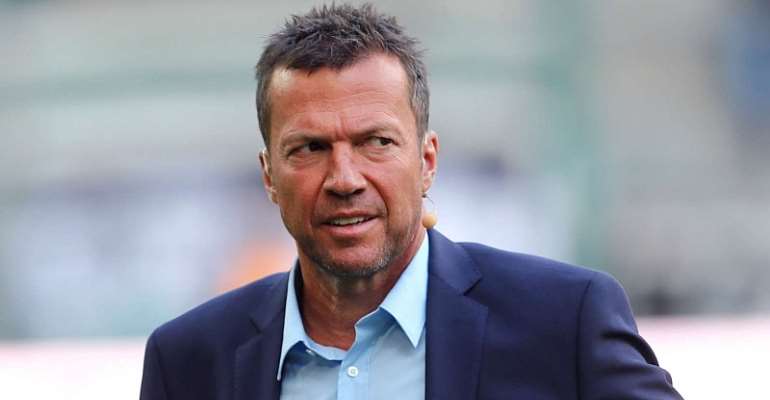 The former Ghana defender is ranked among a handful of Ghanaians to have played at the highest level of European football, having won the Champions League (2000-01) and six Bundesliga titles with Bayern Munich.

The former Asante Kotoko defender who was also once on the books of Italian side AS Roma remains among just a few players to have represented Ghana at the World Cup at all international level.

“You have to work hard every day if you want to be successful," Matthaus told participants of the Bundesliga School during a four-day programme in Ghana this week.

"Sammy [Kuffour] is a typical example of what I’m saying.

"He is a legend because he worked very hard and took his training very seriously.

"You should aspire to play for your national team."

Matthaus won the World Cup in 1990.
In his company during the training programme were Kuffour and former Wolfsburg captain Charles 'CK' Akonnor.

"I'm very happy to be in Ghana and to engage these young football talents who are obviously talented and I think these are the right steps to make football in Ghana better in the future," said the German.

''They have to work harder and each exercise they undertake would improve their qualities and they would certainly achieve their dreams of playing in the World Cup, the Champions League, among others.

“Ghana is a football country and what I saw when training with the kids, they like and love football.

"I saw many players with good qualities and they have to be taught to realise this potential.

"They have talent and passion for football and this is the root in making Ghana football better in the future."

Kuffour played for Ghana at the 2006 Fifa World Cup and won gold and bronze with the West Africans at the 1991 Fifa U17 World Cup and the 1992 Olympic Games, respectively.