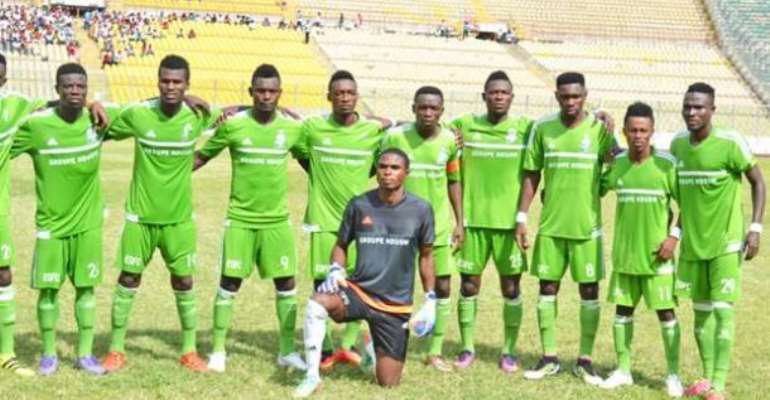 Ghana Premier League side, Elmina Sharks have dissolved their Academy side for playing an unsanctioned game with the senior side of Sekondi Hasaacas at the Essipong Stadium in Takoradi.

The said match ended 4:0 in favour of Sekondi Hasaacas in a game which officials of the Elmina based side have denied any knowledge of.

According to a statement released by Elmina based club, their last friendly fixture was played against Medeama at the Nduom Sports Stadium on Wednesday 18th December 2019.

The team have therefore decided to dissolve their entire academy while they have also reported the organizers of the said game to the Police. 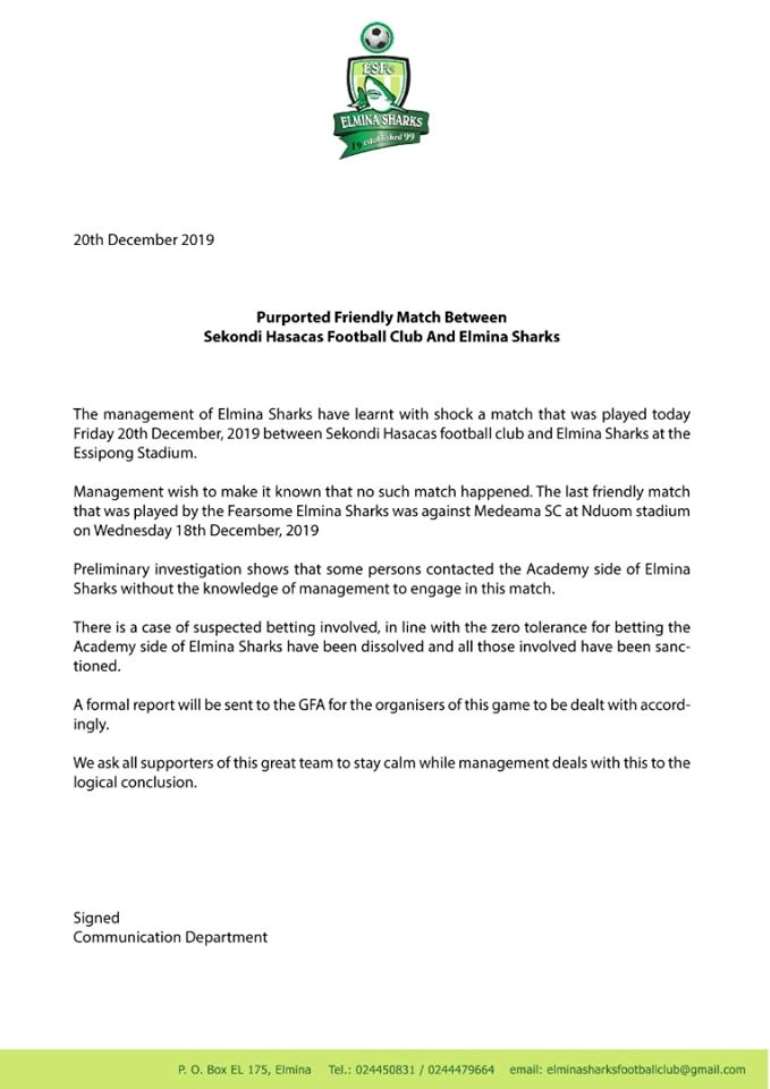