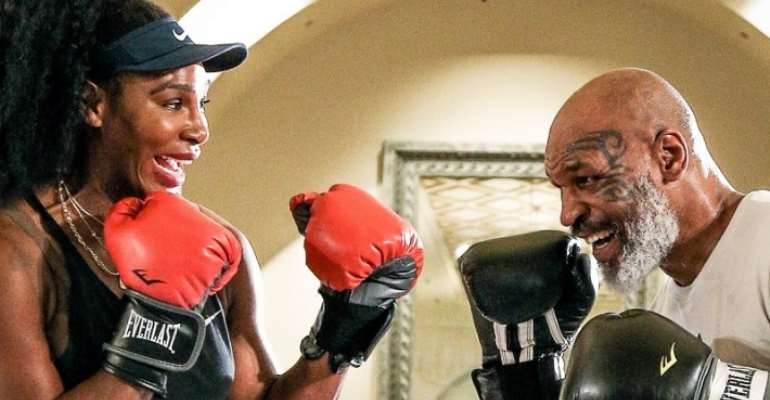 Hitting the pads with Mike Tyson, DJs, dance choreography and karaoke - it's not your standard pre-season for American tennis stars Serena Williams and Coco Gauff.

Coach Patrick Mouratoglou has taken his charges for a training camp with a difference in preparation for the Australian Open in January.

"I wanted to renew with the tradition of organising a team-building camp to prepare for the Australian Open," he said.

"Along with Serena, we brought in a new, crazy-talented generation of players, and even some DJs and fitness gurus."

Twenty-three time Grand Slam singles champion Williams, 15-year-old Gauff and 6ft 7in American Christopher Eubanks are among those being put through their paces in Boca Raton, Florida.

Williams, 38, got the chance to box with former heavyweight champion Tyson, while the group have had choreographed dance lessons and a visit from French DJ Bob Sinclair.

Former world number one Victoria Azarenka even stopped by to join in the karaoke.