GFA To Sponsor Referees To Go For Enhancement Training In Europe 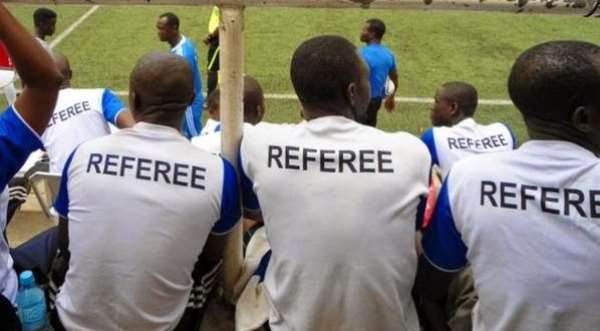 The Ghana Football Association (GFA) will soon sponsor referees to Europe to enhance their capacity, president of the body Kurt Okraku has revealed today.

The sport in the country has suffered immensely in the past years due to the poor performance of match officials who had been influenced by club officials to help them win matches.

In the Number 12 video released by investigative Journalist Anas Aremeyaw Anas in 2018, a large number of referees were caught on camera accepting bribes to influence the result of matches.

With the coming into office of a new GFA administration, they have taken it upon themselves to train referees and enhance their performance while instilling in them the discipline that will see them resist any bribery offers.

At the official launching of the domestic league today, GFA boss Kurt Okraku has opened on plans by his outlet to sponsor 10 referees as well as 10 assistant referees to go for capacity enhancement in Europe.

This the Ghana FA believes will help develop top referees in the country who can possibly go on to officiate at tournaments on the continent and even the global stage in the future.