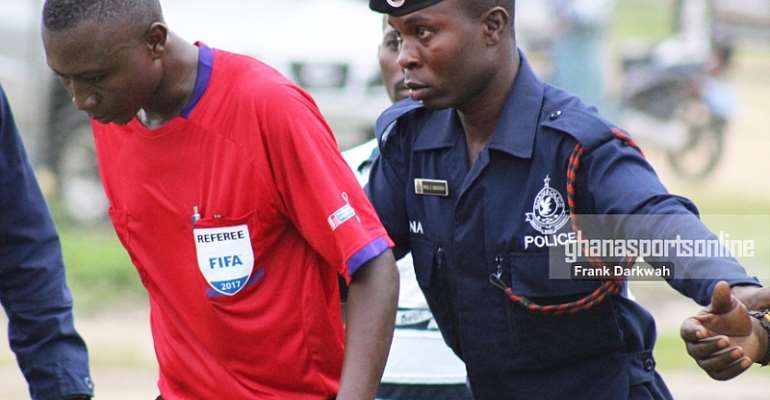 FIFA Referee Latif Adaari has been named as the man to officiate the 2019 President Cup replay between Kumasi Asante Kotoko and Accra Hearts of Oak this weekend.

The rivals are set to lock horns for the last time before the start of the 2019/2020 Ghana Premier League season this Sunday.

The teams honoured a meeting back in September at the Baba Yara Sports Stadium to honour Ghana President His Excellency Nana Addo Dankwa Akufo-Addo.

Due to heavy rainfall on that day, the match had to be called off after just 10 minutes of play by the match officials after conducting several checks.

Months later, the Ghana League Clubs Association (GHALCA) who are the organizers of the President Cup has agreed with the two clubs for the game to be replayed this weekend.

Less than 48 hours to the big fixture, it has been revealed that Wa-based referee Latif Adaari will be handling the match.

He will be assisted by Emmanuel Tebson and Augustine Dakurah as the assistant referees while Benjamin Sefa will take up the role as the match commissioner.

The replay of the President Cup will be played at the Baba Yara Sports Stadium on Sunday and will kick off at 15:00GMT.