We Are Yet To Receive Offers For Andre Ayew, Says Swansea City Manager Steve Cooper 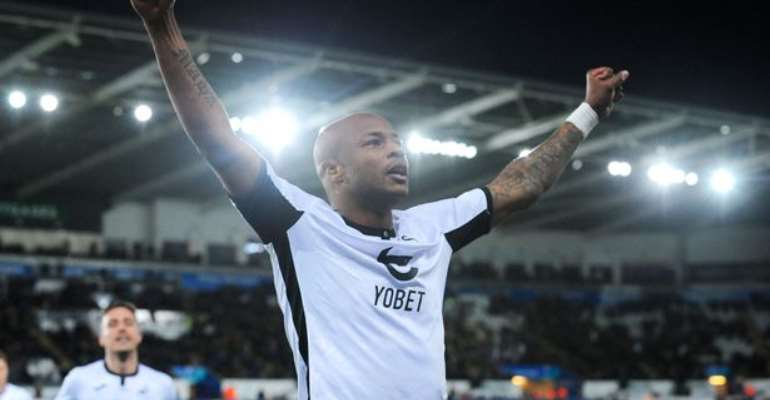 Swansea City coach, Steve Cooper says the club is yet to receive an official offer for Andre Ayew.

The 30-year-old has been sensations for the Swans in the ongoing season and has attracted a lot of interest from clubs.

Championship side, Leeds United have been reported of leading the race to sign the Ghana international in the winter.

But Cooper has said the club have received no offers or contact over Ayew.

"No, not at all. Not a thing," added Cooper.
"I’m sure there’s a lot of players excelling in the league at the moment and we’ve definitely got one in Andre so I’m sure he’ll be talked about and you'll be asking me every time I sit here until the end of January, but there’s no update.

"He’s in fine form and he’s really enjoying his football and training here. We're enjoying that and hopefully, it’ll last for a longer time than January," he added.

Andre Ayew has scored nine goals in all competitions for Swansea City.