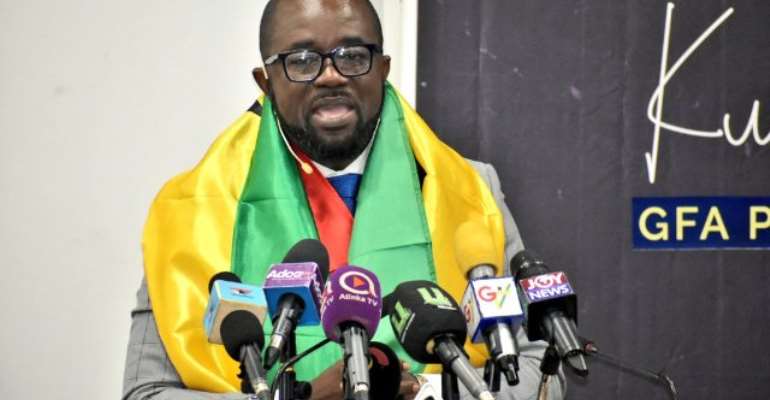 President for the Ghana Football Association (GFA), Mr. Kurt Edwin Simeone Okraku has shared that the broadcast partners for the upcoming Ghana Premier League and all other competitions will be announced soon.

The country’s football governing body recently called for all media organizations interested in getting the broadcast rights for the various competitions to submit their bids.

After receiving tons of bids, the GFA is now said to have set up a committee to evaluate all bids and select the best ones that will be mutually beneficial to all parties and will also help in the promotion and selling of the Leagues.

Speaking to journalists at the end of an Ordinary session of Congress on Thursday at the Ghanaman Soccer Center of Excellence at Prampram, Kurt Okraku observed that the organizations that will be chosen by the committee evaluating the bids will be announced in due time.

“We have started the process of getting media partners. Media here includes Tv partners, radio partners, we made that process public. The interested companies have made their intentions clear. A sub-committee has been put together to evaluate the bids and in due time we will announce who are partners will be”, the GFA president said.

With the Ghana Premier League season set to start on the weekend of December 27-29, 2019, the football community is hoping the process will be completed in time to ensure there is coverage right from the first week.