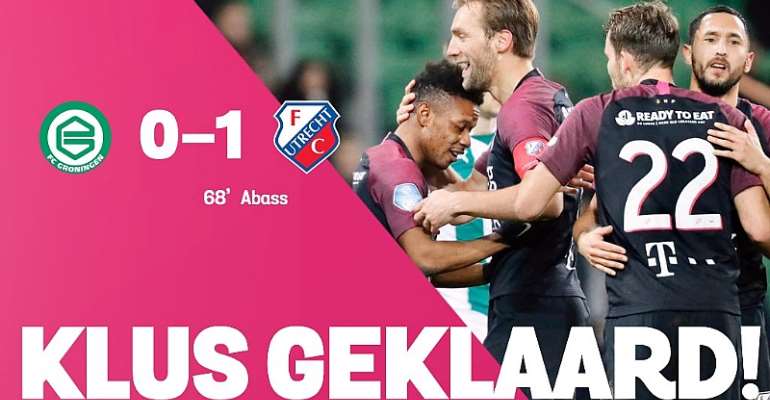 Ghana U-23 winger Issah Abass climbed off the bench to score for FC Utrecht today to inspire them to a 1-0 win over Groningen in the Dutch KNVB Cup.

The two Dutch Eredivisie clubs locked horns at Euroborg to fight for a win that will see them qualify for the next phase of the domestic cup competition.

Following an overall good performance from both teams, the first half ended goalless with the attacking players of the teams failing to make use of all the half-chances that came their way.

Twenty minutes into the second half, Issah Abass was introduced to replace Jean-Christophe Bahebeck. Five minutes after his introduction, the Ghanaian youngster found the back of the net with a fine strike.

The goal separated FC Utrecht from FC Groningen at the end of the 90 minutes, handing the away team progression to the next phase of the Dutch KNVB Cup.

Abass, 21, now has three goals to his name after making eleven appearances in all competitions.