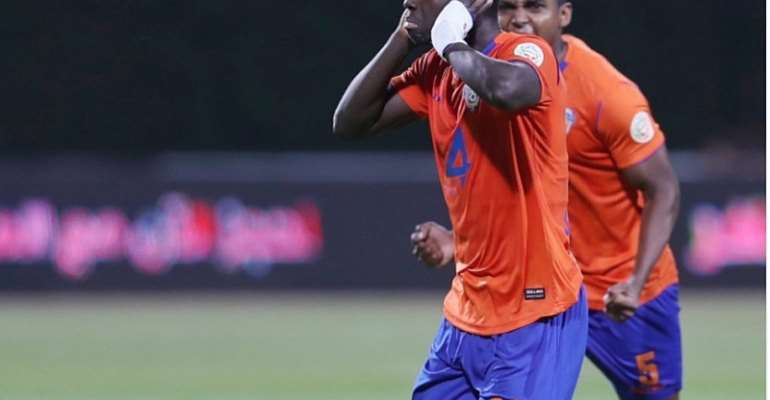 Ghanaian youngster Samuel Owusu enjoyed another good day at the office earlier this afternoon by getting on the scoresheet for his Al Fayha side as they cruised past Al Ittihad by four goals to one.

The Black Stars asset joined the Saudi Professional League team from FK Čukarički following an impressive campaign with his national team at the 2019 Africa Cup of Nations (AFCON) tournament which was hosted in Egypt.

In a match week 12 fixture of the Saudi Pro League played at the King Salman Sports Stadium, Samuel Owusu was handed a starting role for Al Fahya to feature against Al Ittihad.

He impressed throughout the match and scored on the 49th minute of the game to complement a hat-trick scored by Ronnie Fernandez. The home side eventually won 4-1 with Romarinho getting the consolation for Al Ittihad.