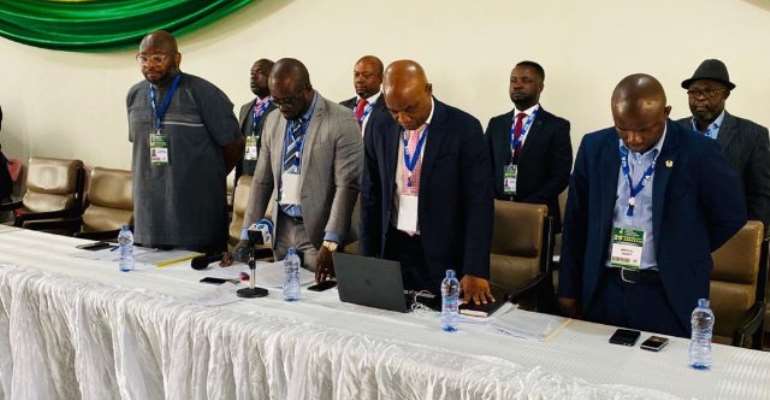 This was the maiden congress under the new GFA administration headed by Kurt Okraku.

The purpose of the Ordinary Congress was to deliberate and usher the delegates into the upcoming football season.

Here are five takeways from the GFA congress which precedes the launch of the football season on Friday.

Subsequently, this meant that membership of Congress has increased from 120 to 124.

In essence, The Ghana Premier League will remain an 18 club league.

Election of final member of the GFA Executive Council

Zida was elected on the GFA Executive Council as the 2nd rep of the Regional Football Association with six votes. One vote was rejected.

Brong Ahafo Region did not take part in the voting.

He has been sworn in as a member of the Executive Council and becomes Chairman of the Referees Committee of the GFA.

Auditors took Congress through the accounts of the GFA under the Normalisation Committee.

After which, Congress approved the 2018 audited accounts of the GFA under the Normalisation Committee.

Congress voted unanimously to approve proposals for members of the Judicial Committees namely: Disciplinary Committee, Appeals Committee, Ethics Committee and Elections Committee. Below are the members of each of the committees:

Ghanaians suffering due to mismanagement by Akufo-Addo, Bawu...
7 minutes ago