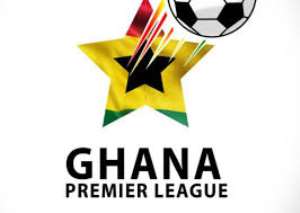 The Ghana Premier League is officially an 18-club competition henceforth.

This is as a result of an amendment of the statutes at the 25th Ordinary Congress of the Ghana Football Association (GFA) held at the Ghanaman Soccer Centre of Excellence (GSCE) in Prampram on Thursday.

An 18-club Premier League for the 2019/20 season which would have seen five clubs relegated so the ensuing season reverts to the usual 16-team competition had been adopted at the last elective Congress held in October.

But prior to Thursday’s Congress, clubs in the Premier and the Division One Leagues sent separate proposals to the GFA for the reduction of the number of clubs to be relegated from the country’s elite club competition this coming season.

A 7-bullet ‘technical proposal’ submitted by the clubs to the GFA on November 29 reads:

With no counter proposal in place, the Ordinary Congress, conducted by new GFA President Kurt Okraku overwhelmingly accepted the motion.

“By a vote count of 77 with one abstention, the proposed 18-club premier League has been accepted

“This means there is a change in the Statutes and the “composition of Congress increases from 120 to 124,” the GFA President declared.

The 2019/20 football season is set to kick off with the Ghana Premier League from December 27, 2019. The other competitions – Division One League, Women’s Premier League, MTN FA Cup and the Sanford Women’s FA Cup are scheduled to start in January 2020.