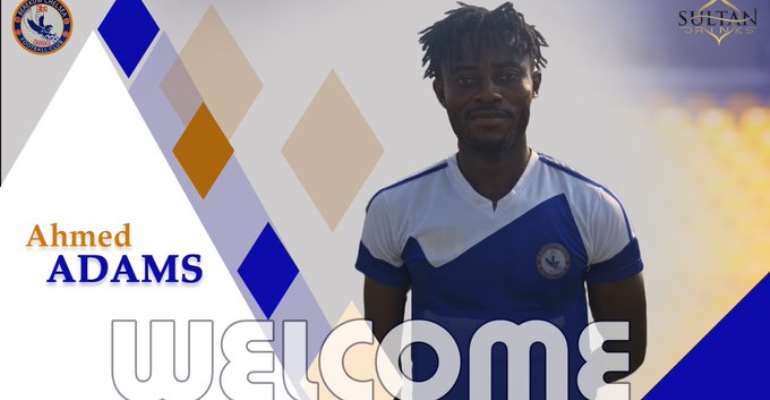 Ghana Premier League side Berekum Chelsea has confirmed the signing of defender Ahmed Adams ahead of the commencement of the 2019/2020 League season.

The center-back has been re-signed after leaving the club to join Kumasi Asante Kotoko in 2015. Following a lengthy stay with the Reds, he returns to Berekum to give them a squad boost ahead of the upcoming season.

The 26-year-old has penned a two-year contract expected to end in 2021 and will be playing a key role for the side throughout the new campaign.

A statement from the club on their official Twitter handle this afternoon has shared, “Ahmed Adams IS BACK. The defender returns to Berekum Chelsea FC after a long spell with Asante Kotoko SC and on a permanent deal. Welcome Back”.

The center-back has loads of experience after playing for other clubs such as Ashanti Gold and Saudi Arabian aide Al Shoala in the past.

Bigotry against Muslim students won't be tolerated – Muntaka...
30 minutes ago