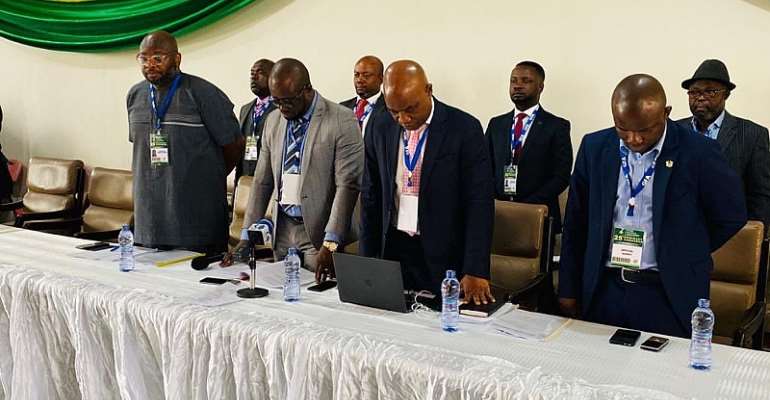 President of the Ghana Football Association, Kurt E.S. Okraku has called for support from stakeholders of the game to help his administration succeed in order to ignite passion and bring the needed change.

The owner of Ghana Premier League club Dreams FC became the head of the country’s football governing body after emerging as the winner of an election in October where he beat the likes of George Afriyie, Nana Yaw Amponsah, Fred Pappoe, and two others.

Speaking at the maiden Ordinary session of Congress under his regime, Kurt Okraku has urged all stakeholders and the entire football fraternity to join shoulders to help develop and promote the sport in the country.

He said, “The task ahead is possible if we all put our shoulders to the wheel and collectively pull towards the direction we all want to be”.

He continued, “My election on October 25 was not a personal victory for Kurt E.S. Okraku. Rather, I see it as a huge responsibility placed on me and the Executive Council to change the game, ignite passion and create wealth for all."

“My election is a show of confidence from you. But more importantly, it is arduous, but the surmountable task to bring back the love for the game our people love so much across the country."

GFA president Kurt Okraku has been handed four years according to the new Statutes of the association to bring the change and ignite the passion he campaigned to bring on board when he is voted for.