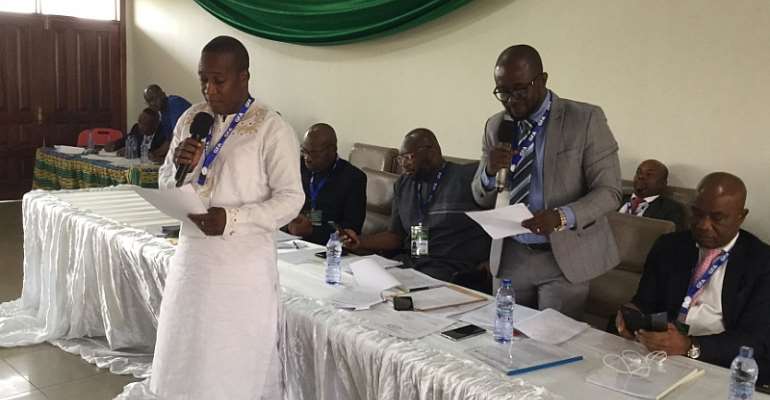 The football administrator and the Central Regional FA chairman Rober Otieku Duncan were tied twice during the initial election at the Elective Congress of the GFA back in October.

At another Congress session at the Ghanaman Soccer Center of Excellence at Prampram, Alhaji Shaibu Zida has managed to pull the needed votes to earn him a slot on the Executive Council of the GFA to represent the Regional Football Associations.

In line with his victory today, he has become the Chairman of the five-member Referees Committee of the GFA formed last two weeks.

He will be deputized by ace Sports Journalist Michael Oti Adjei with Daniel Agbogah, Christine Ziga and C.W. Okine serving as the other members of the committee.