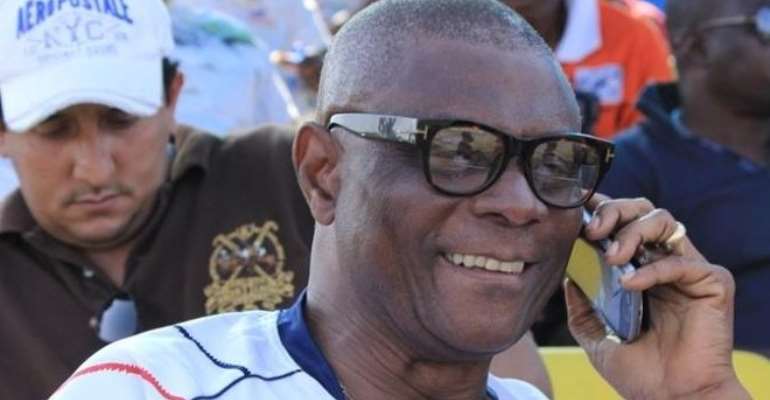 Willie Klutse, a former Ghana international has disputed Samuel Osei Kuffour's accession that the 2019 Black Meteors team as the worst ever in the nation's history.

On Monday at the Bundesliga Legends Tour Press Conference in Accra, the Bayern Munich legend reiterated that the National U-23 team that failed to pick one of the three slots for the Tokyo 2020 Olympics Games is the worst ever assembled in history.

''For me, I think the worst team ever assembled is the 2019 Black Meteors that partook in the U-23 tournament staged in Egypt. You cannot anything in the team. It is a shame to see those things. Sometimes it feels bad as a Ghanaian to sit back and watch the way these young ones are playing it very say.''

''We need to develop football at the youth level, in order to have top stars like CK Akonnor, Sammy Kuffour among others.''

However, Willie Klutse who is the technical director of Inter Allies is of a different opinion.

"If you are heading into a tournament you need to prepare well, the reason we couldn't win the cup was because we don't invest too much in terms of planning, but we just want to go and win the trophy as if the other countries that are coming they don't know how to play football.

"This make it seem like our players aren't good. The players that played at the tournament almost 95% plies their trade in Europe.

"Evans Mensah was selected among the Best CAF XI at the end of the U-23 AFCON which implies that we had a good team but it was lack of good planning that affected us.