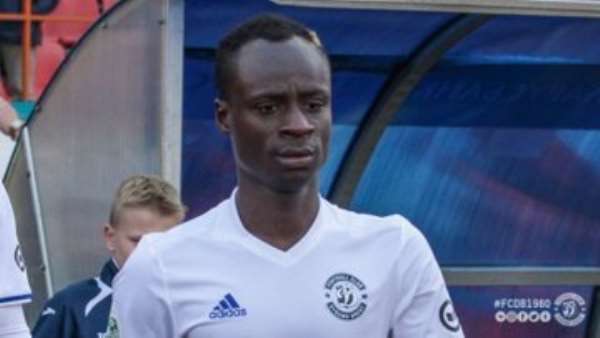 Ghana forward Dickson Afoakwa has had his contract terminated by South African topflight side Stellenbosch FC.

The Cape Winelands outfit, who are fighting for their life at the very bottom of the Premier Soccer League (PSL) standings, announced the exit of the former Dynamo Brest winger together with Cameroon midfielder Junior Awono Wednesday morning.

According to a club statement, both players have been released after failing to break into the first team.

“Dickson signed at the beginning of the current 2019/20 season and has not been able to force his way into a regular first-team place.

“Junior was one of the stalwarts of the historic SFC championship-winning team in the NFD last season. He has been plagued by injuries this season though and is looking to secure more regular match time at his next club.

“Junior has left a legacy at the club with this unrivalled professionalism and dedication, culminating in winning the prestigious Players’ Player of the Year Award last season.

“The club sincerely thanks both Junior and Dickson for their service to SFC and wishes them the very best with their careers going forward,” the statement said.

Stellenbosch are bottom of the PSL standings having collected just 12 points from 14 matches.